A Voyage to Abadan 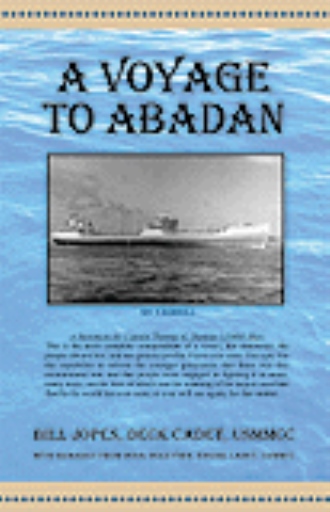 This is a story of the sea training and service during World War II of two Cadet Midshipmen of the United States Merchant Marine Corps. Only about six thousand cadets were trained during the war, a situation which left these men largely unknown and unidentifiable when on leave. The uniform was much the same as a navy midshipmans uniform and was marked with a USNR emblem. The cadet was, in fact, a midshipman in the U.S. Navy Reserve. The purpose of the corps was to supply officers for the merchant ships being built at a rapid rate for the war effort. There was a danger of there being more ships than there were crews to sail them. The accelerated curriculum undergone by these men was designed for three months basic training, six months sea duty and six months at the Merchant Marine Academy at Kings Point, New York. Upon graduation, a third mate or third engineers license was issued. Near the end of the war the final training at the academy was extended to one year. After the war, this became a full-time four-year program similar to that at Annapolis.

This is a story typical of that of any U.S. merchant ship during wartime. It explores the problems caused by untrained crews, disregarded safety rules, boredom, danger, and storms. However, the men of the Yamhill lead something of a renegade life not usually experienced in running in convoy across the Atlantic. The fact that this voyage lasted nearly a year, traveling halfway around the world alone, operating in all the war zones, visiting seventeen foreign ports, and undergoing several thrilling adventures gives this story perhaps a little extra vitality. For example, there is a day-long battle with a Japanese submarine. The spectacle of a slow, plodding merchant tanker out-dueling a Japanese man o war in a one-on-one engagement puts it high in the chronicles of merchant marine battles with the enemy. For present-day sailors who may wonder about life at sea on board a merchant ship during World War II, this book gives a look into the past and an acquaintance with the wartime merchant marine. For those who were there, it will bring back the memories that may be fast fading away.

Bill Jopes was born near San Francisco in 1923. The experience of crossing the bay many times by ferryboat and seeing the tall ships and steamers moving in and out the Golden Gate created an early desire to go to sea. World War II gave him that opportunity and at age 19 he joined the United States Merchant Marine Cadet Corps as a midshipman deck cadet. After the war he returned to California where he enjoyed a successful career in the farm machinery and heavy equipment business. He is retired and lives in Tucson, Arizona.