A Matter of Destiny

A Story of Conflict in Love and War 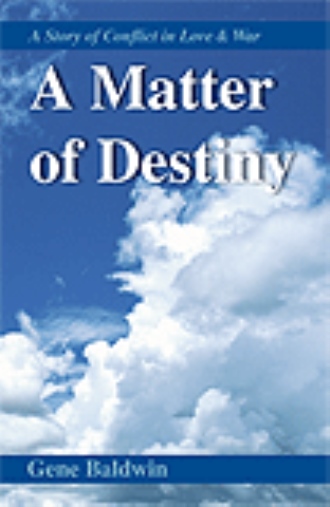 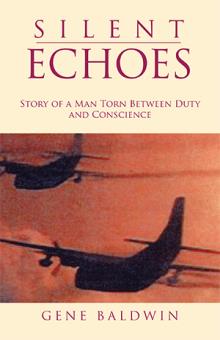 Brian finds himself in the middle of the most rogorous flight training in the world. He left his home in the small college town of Ruston, Alabama and reports to flight training, a fascinating new world of challenges and adventure.  He´s confronted with the anxiety of leaving Anne Merrill after only three weeks together before he left.  There was an immediate chemistry between them, accentuated by the short time available to them.  The separation from Anne and other influences on her life pull them apart.  During a leave between basic and advanced training, while visiting Collinwood, Brian experiences the inexorable hold on Anne by Judge Mc Bride and his son. Fortunately, he shares a deep friendship with Lori Barnes which mitigates his despair.  Brian and his mother have never been able to break down the barriers built over the years following the divorce and his fathers death.  The relationship is strained with his asseptance into flight training.  The intensity of pilot training produces a bond of four cadets to accomplish their common goal.   Their friendship transcends the usual bond of fellowship as they become a close-knit fellowship known as The Group.  They overcome the barriers to becoming a pilot -- washouts, accidents, fear, and death.  They finally join the elite brotherhood of fighter pilots. A chance meeting between Anne and Brian, during his leave following graduation, immediately rekindles the old fires.  They become engaged and Anne goes with Brian to San Francisco to spend the last fervid days together before he leaves for Korea and the war. Korean combat is disturbing to Brian as he and his radar observer come face-to-face with their own mortality and that of his friends.  The rigors of an air war over a godforsaken country, coupled with the separation from Anne, causes some adjustment in Brians thinking.  Aggressiveness and confidence in the air sets him apart as one of those that has the fighter pilot mentality.  Anne, however, cannot adjust to the strains of the separation, the war, and writes Brian that shes breaking the engagement. He maintains contact with the ever-loyal Lori.  On an R&R leave to Nagoya, Japan, Brian has a chance meeting with Maggie Compton, a nurse who is lonely and as vulnerable as Brian.  The pressures and timing of the encounter place them in a night of passion.  They try to see each other again, but the war keeps them apart. Shortly after beginning their second combat tour, Brian and his radar observer are shot down over North Korea.  Injured, tired, and their strength waning, they evade capture until met by South Korean troops who get them back to the American sector and subsequently flown to a hospital in Japan.  Brian sees Maggie one last time at the hospital in Japan where she is also assigned.   As Brian recuperates in the hospital, he realizes his war is over, both physically and mentally.  Its time to go home.  Back in the States, his reunion with Lori helps him readjust to a tranquility he had not known for a long time.  He finds the truth about his fathers death, and they reconcile some of the problems that drove a wedge in their relationship.  Believing that Anne and Brian are still in love, and unknown to both, Lori arranges a chance meeting for them.

A Montevallo, Alabama native, Gene Baldwin graduated from Mississippi State University and received an MBA from the University of Alabama. As an Air Force fighter pilot, he flew combat missions during the Korean War and in Viet-Nam. Now retired, he lives in Athens, Georgia.