The Beauty of Life 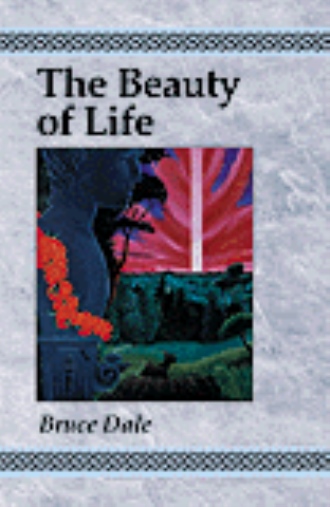 In a contest with Death, who is about to take their mother and father, Raphael and Lucy go on a quest through three historical epochs to find and reunite their past-life parents. Their adventures take them to Marco Polo's Venice, Russia at the time of teenaged Ivan the Terrible, and the Irish potato famine.

Raphael and Lucy attend an afterschool program at Boston Community Art Center. When their parents are seriously injured and may die, a strange thing happens. The children meet Death in a broom closet and are offered the challenge of venturing through three past lives to make sure their previous parents meet, endure all obstacles and stay together. Death, in a playful mood, tells the kids that their current Boston parents will survive if this mission is accomplished. They can even fail twice and still win. But Death is a trickster who can change the rules as they go along.

Raphael and Lucy are placed in 13th century Venice at the time of Marco Polo's return from China, 16th century Russia where they meet Ivan the Terrible as a teenager, and 19th century Ireland during the worst year of the potato famine. Their adventures are both rooted in the realities of those times and are full of fantasy and myth.

In Venice they wear Carnival masks, become part of the Doge's troop of fools and are chased through the canals and alleys, trying to unite a gondolier with a Chinese woman brought to Venice by Polo. The major obstacle is that the Doge and his wife pretend to be their parents. The children must choose life in a shaky gondola over being pampered in a luxurious palace. Panicking in the midst of a great flood, they try to make the right choice, but Death declares strike one.

Reborn in Russia three centuries later, the children are trapped in the enchanted world of a lacquer box where they meet a swan queen and eagle king who send them off to slay monsters. When they escape the world of the box and become immersed in the Kremlin intrigues of the court of teenaged Ivan the Terrible, they must figure out which of a variety of couples are their real parents. They are surprised to discover their true parents are back in the box and need to be freed from an ancient spell. But it's too late and Death says strike two.

Having failed twice, Lucy and Raphael face their greatest challenge in 1840s Ireland where they are reborn in different parts of the island and must reunite a mother and father separated by hunger and strife. Raphael travels across the mountains and moors with his mother, enduring hardships and terrifying fantasy creatures. In Galway, Lucy must prevent her Irish father from taking a boat to the New World before her mother and Raphael arrive.

Ultimately,  the kids are forced to make a sacrifice so that their third set of parents can go together to America. Even in victory, though, Death seeks to trick them until the children finally realize how to outwit him. Indeed, their discovery of how to deal with death has been as important a part of their quest as locating and uniting parents. Along the way the full spectrum of life's beauties, challenges and hopes are revealed to them, before their triumphant return to the present and their own reunion with their recovered contemporary parents.

Bruce Dale has written over fifty books, screenplays and plays, many of which were produced in New York, Los Angeles and Boston. “Wanda and her Dog,” “Sins Against the Body,” and “Up on the Roof” were the most widely seen. “The Beauty of Life” is a novel available from Xlibris. As a stage play, “On Missing Link Road” won a grant from the MIT Council for the Arts. Productions took place in Cambridge, MA and New York. With his lifelong collaborator Charles Wright he created “Lost in the Magic Hotel” and other stories.