Pedro and the Irish Treasure 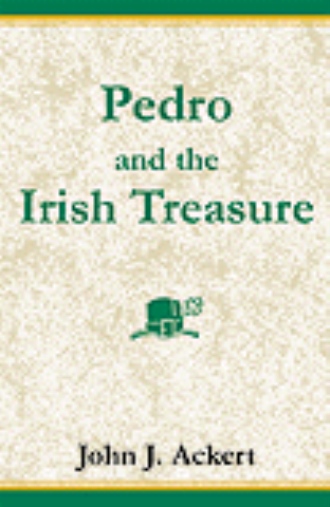 Pedro and the Irish Treasure carries you from the present time in Ireland and Spain, back to the Grand Armada days.  Pedro is an average man trying to make a living, when word comes along about the need for men to man the Armada, either as soldiers or sailors.

Pedro is not a draft evader, but feels that he must make his own decision as to how he can best help the government as well as himself.  He takes you to Portugal, where the ships are being assembled, along to the English Channel to Calais, where they are supposed to pick up the Duke of Parma and his army of 10,000 men.

The Duke does not show up and the Armada is attacked by the English with fireships, as they wait in vain for Parma at Calais.

The Armada leaves and heads north to cross over Scotland and head back to Spain.  In this period, Pedro is given a chore to perform for the Commander of the Urca Squadron.  It is in the performance of this chore that Pedro displays his seamanship, as well as undergoes a transformation of character.

Pedro undergoes a trying time in a hurricane off the Irish coast, but manages to make land.  He then manages to become a part of an Irish clan, that has been wandering to avoid English capture.  This clan tells how, for hundreds of years, they maintained their language and love of God, in spite of English oppression.

It also tells of Pedros escape from the English occupation aboard a Portuguese trading vessel that had stopped at Galway.

John Ackert, a native New Yorker, has been persuaded to put in writing some of the experiences and stories he has been telling for years. He attended New York University at Story Brook, but did not matriculate. This is his first book.