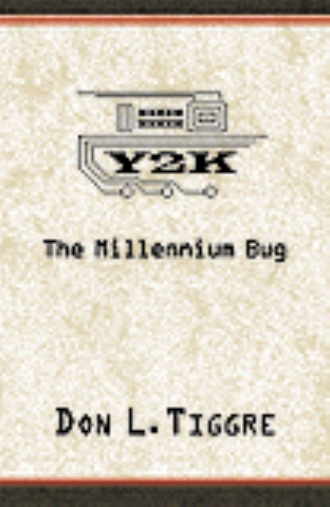 Y2K: The Millennium Bug is about fallible, human people, not about superheroes.  Some are valiant and some are vile, but they all have to deal with their own problems in order to survive the kind of chaos that could have been caused by the infamous year 2000 computer problem known as:  The Millennium Bug!

Y2K: The Millennium Bug tracks the onset of the year 2000 and the results of the computer shut-downs, as seen by a number of characters with differing perspectives, amounts of education, and levels of preparedness for disaster.  Some people in America are more well prepared than others, and some take advantage of the collapse of law and order in order to pursue their own wicked impulses.  Countries overseas have their own Y2K problems, including Russia, where a series of cascading failures cause an accidental launch of a small number of nuclear missiles.

And then the situation starts getting really difficult!

This is not an "end of the world" story, but a chronicle of events surrounding a small set of people who end up brought together by the unraveling of society, triggered by wide-spread failures of critical computer systems at the beginning of the year 2000 (Y2K).  Since there really was a Y2K threat, many references to real news stories, articles, books, and actual Y2K-related events were incorporated into the story.  Y2K depicts neither the best nor the worst case scenario that could have been, but the human story remains true and powerful.

This exciting and fast-paced book left the technical aspects of the Y2K computer problem to the computer experts who had already written on the subject.  Y2K: The Millennium Bug focuses on what could have happened to people like you or me, if Y2K had turned out as bad as many had feared.  Read it.  The thoughtful examination of the human psyche in the novel is as timely as ever!

Don L. Tiggre is a freelance writer who specializes in political analysis. He is the proud father of three sons, partner to the infamous Internet activist Sunni Maravillosa, and founder of the Liberty Round Table (www.lrt.org).