To Worship An Idol 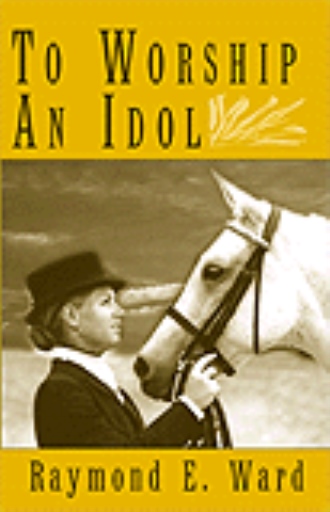 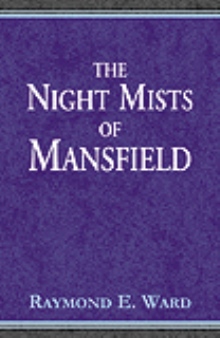 This is a story about a place called Dunlops Run where legends both human and equine had their beginnings. The saga follows the fortunes and the tragedies of the aristocratic Charles and Dorothy Dunlop exiled from their native England in 1888. With courage and an unswerving belief in God, they convert a derelict and bankrupt horse stud into the premier horse breeding property in the Hunter Valley of New South Wales in the Australian outback. The Prologue introduces the narrator Robert Denton who opens the story of Dunlops Run.

On a verdant slope that faces due west, thirty feet above the silent dark waters of the long lagoon on Dunlops Run are three huge mounds of earth that enclose the revered remains of a trio of renowned equine idols.

Although it is mid- summer in Australia, with every day brilliant and burning, the grass on the slope always remains green and lush, it is ever so, throughout drought summer or winter frost. Perhaps it is the proximity of the never dry long lagoon or some other-force majuere nature that keeps it green. For that special reason, the Dunlops chose it as the burial ground for the horses they revered so that those idols might also remain evergreen. At the head of each idol’s grave, a round, stark white headstone is deeply embedded in the earth. It is there to inform whoever may pass of the names of these famous horses, their sires, and their dams. Each headstone is made complete with the engraved record of the feats and accomplishment of the idolized horse that lies buried beneath the green mound.

Across the narrow rift of the lagoon and on another grassy slope, there are many headstones. The wooden, stone or marble crosses are the markers of memory for the human legends that at one time were privileged to call Dunlops Run their earthly home. It is the communal cemetery for the Dunlop family members, their relatives, and former station staff. Their last earthly resting place faces east towards the gates of each new day, and guardian over their sleeping dust stands a mute but powerful sentinel; the cross on the staple of a small wooden church.

Charles Dunlop built that church when he first came to the run in 1888. The cross that rose skywards from the portal of the church always caught the first flash of crimson sunrise that shone down upon the Run

Throughout his lifetime, Charles Dunlop viewed this phenomenon of the scarlet dawn on the cross as a daily blessing, an infinite benediction from God and nature as the sun rose upon this part of the world and Dunlops Run. He saw it as a ritual happening, a protective sign from God for his family, their fortunes, and the well being of all that depended on the Station. In return he responded to this blessing with grateful thanks to the Giver, a humble heart, and a deep sense of how small were his own accomplishment in the total sum of the universe.

Charles Dunlop was the respected and original “Boss” of Dunlops Run. He died in 1929, and lies buried in the northeast corner of the graveyard shadowed by the ghost-gum tree with the simple epitaph above him, “A Christian gentleman, generous to all, concerned for all, relying on truth, virtue, and God”.

Today it was noontime and more than forty years had passed since the original Boss had died, and he, Robert Denton had become his successor. There were people and wreaths of flowers by the hundreds the day they buried Charles Dunlop in December 1929. Now, again the graveyard was full of summer flowers and just his one single blood red rose that he deposited on the grave when the last of the mourners had departed.

‘How strange,’ he thought as he ran his aged and sun-spotted hands over his thick gray hair to flatten it down before donning his wide-brimmed hat. ‘How strange,’ he repeated in his mind, ‘the way the turning wheel of destiny lead me to this place and to this life.’

In his particular case, we wondered whether “it” was fate, destiny, fortune, coincidence, or the will of