A Boy Grows in Brooklyn 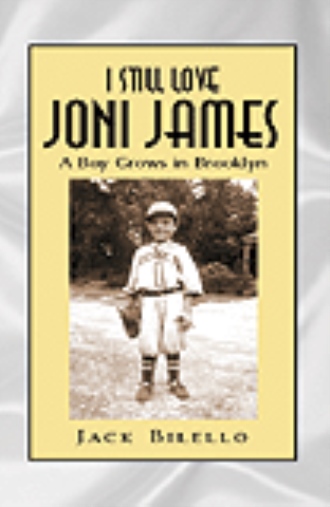 Chris, the protagonist, is a successful, middle-aged businessman who lives in an upscale Long Island suburban community. The novel begins in the present, in a chapel where friends and family have gathered to pay their last respects to Chris’ father, Joe. Joe’s dying regret is that he didn’t do more for his son. Chris’ internal conflict is that he believes his father’s life to have been a failure – he raised his family in a coldwater flat, never earned more than a small wage, and did not have the means to buy expensive gifts… Chris feels guilty for not being more of a comfort for his elderly father. His preoccupation with chasing the dollar, searching for material success, led him to distance himself from his relationship with Joe and much of his family. At the funeral, a childhood friend of Chris’ arrives leaving Chris to wonder what happened to the rest of his old gang.

In the process of dealing with his father’s death, Chris goes to clean out his father’s apartment and finds a stash of old newspapers, obsolete 45 rpm recordings, old photographs, etc. He thinks – Is this it? Is this my inheritance? Big deal! Junk! He takes these “treasures” home with him and browses through this dustbin of his personal history, triggering a memory flash which takes him back to the summer of 1954.

Chris goes back in time to the old Italian neighborhood in East New York, Brooklyn, where he grew up. The novel vividly portrays the strong values of a working class Italian American family and the interaction of family and friends. We meet his parents, Rosie and Joe, his grandparents, Jennie and Peppino, and an assortment of oddball and goofy, neighborhood characters, and a gaggle of relatives that will make you laugh and cry.

It’s Brooklyn, of course, and what’s Brooklyn without the Brooklyn Dodgers, Ebbets Field, and sandlot baseball. We get woozy on the Cyclone ride at Coney Island and “doozy” at the confraternity at Our Lady of Loreto RC Church, dodging the killjoy six-inch rule of the parish priest, Father Barretta. Movie stars and singers, popular in the fifties – Clark Gable, Marilyn Monroe, Frank Sinatra, Joni James – are brought to life with unbridled affection. We witness the sinister side of a working class neighborhood and meet the thugs and gangs that menace the community – Mango, Tom-Tom, Axe, Da-Da, Dead Man, and Giubalina – their colorful language and deadly actions. Chris meets an older boy, a college student, who opens Chris’ mind and heart to the world beyond East New York – and makes his life richer and more exciting.

As the story unfolds, Chris remembers the many things he did with his father… fishing at Peconic Bay, boxing matches at the Eastern Parkway Arena, movies at the Colonial theater… When the flashback ends, Chris is left with a new vision of what makes a true inheritance.

Born, raised, and educated in East New York, Brooklyn, Jack Bilello, a former Fulbright Scholar and Chairperson of History of the Lindenhurst New York Public School system, lives in Massapequa Park, Long Island, with his family. He is currently a field supervisor at Dowling College in Oakdale, L.I. I Still Love Joni James – A Boy Grows in Brooklyn, is his third novel following the successes of Bonds of War and American Patrol, which is in its second printing. He has won acclaim as a lecturer and guest speaker, and is recognized as an authority on World War II.