Surviving the Conversion Process with Your Ideals and Relationships Intact 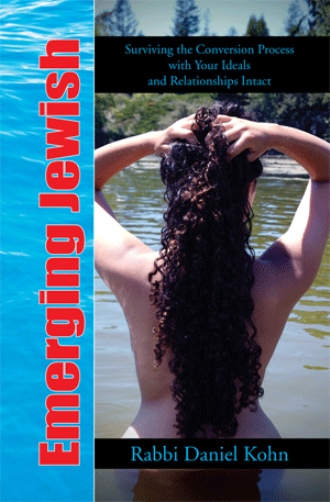 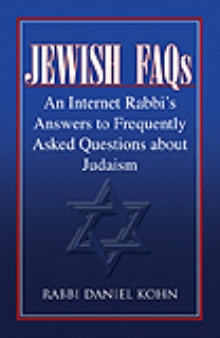 Converting to Judaism can be an arduous process. After all, the Jewish tradition is over three thousand years old, filled with a rich history of significant events, great literature, sophisticated theology, a full calendar of holidays, and chock-full of home rituals, spiritual practices, customs and commandments. It is a comprehensive way of life and this wealth of knowledge can be an exhausting obstacle to a potential convert. It is no wonder that many formal courses for conversion to Judaism can take over a year--there is a lot to learn!

But perhaps even more difficult than the formal educational process, for some people, the informal, social aspect of converting to Judaism can be especially challenging. Becoming a Jew is more than simply adopting a new faith and set of spiritual practices; it also involves joining a whole new people and ethnic group. For some converts, marrying into a Jewish family means trying to win the acceptance of Jewish in-laws who may be less-than-enlightened about the conversion process. For others, it may mean working to acquire the approval of Jewish friends and acquaintances in a community or synagogue. There is also the challenge of dealing with the complex and varied reactions of non-Jewish family members and friends. Unfortunately, not all Jews-by-Choice are immediately supported by their families-of-origin or welcomed into the Jewish people with open arms. For many new Jews, developing and independent sense of their own Jewish identity, a feeling of belonging, authenticity, and ease in the Jewish religion and amongst the Jewish people can be a long-term struggle.

This book contains information that many rabbis and teachers probably feel uncomfortable divulging to students studying for conversion. This book is about the unpleasant, painful and even unfair side of the experience of Jewish conversion. In fact, I had originally titled it, “What the Rabbis Won’t Tell You About Becoming a Jew,” because no rabbi wants to reveal the pitfalls and challenges that potential converts to Judaism might face. Based on personal experiences, anecdotal evidence from former converts, as well as direct observation, this book presents strategies for coping with unsupportive non-Jewish family members and friends, the inherently discriminatory nature of the process of conversion to Judaism, the prejudicial anti-convert views that some Jews-by-Choice may confront when interacting with a small number of bigoted, ignorant members of the Jewish community, and coming to grips with the fact that no matter what denomination of the rabbi who officiates at the conversion, there will always be someone who will claim the process was not Jewish "enough" and therefore invalid. These are the kinds of topics no rabbi or teacher wants to bring up when discussing the joys and spiritual highlights of conversion to Judaism. However, I feel that it is a disservice to Jews-by-Choice not to be inoculated against these potentially explosive issues.

And let's not forget the reaction of non-Jewish friends and family who also may be less-than-pleased by the spiritual choice of a loved one who suddenly announces their interest in converting to Judaism. It is not at all uncommon for non-Jewish family members to experience a sense of guilt over what they might have done "wrong" which lead their son/daughter/brother/sister to abandon their faith-of-origin. Some families and friends may even experience the conversion of a child or friend as an act of abandonment. And some devoutly Christian friends and family members may sincerely worry about the ultimate and eternal disposition of the soul of a convert to Judaism whom they believe may now be condemned to eternal damnation. Especially given the unique and complicated relationship of Christianity to Judaism, converting to Judaism for many former and even unaffiliated Christians can present numerous challenges to their families and frie

Rabbi Daniel Kohn has served as a congregational leader and professional Jewish educator on the East and West coasts. He has published numerous articles and books on Jewish education, spirituality, conversion, and classical Jewish texts. Rabbi Kohn is the rabbi in residence of the Contra Costa Jewish Day School, guest rabbi of Congregation Gan HaLev in Marin County, and a master teacher for Lehrhaus Judaica. A third-degree black belt of aikido and student of Tai Chi, Rabbi Kohn lives in Mill Valley with his wife and their three children.