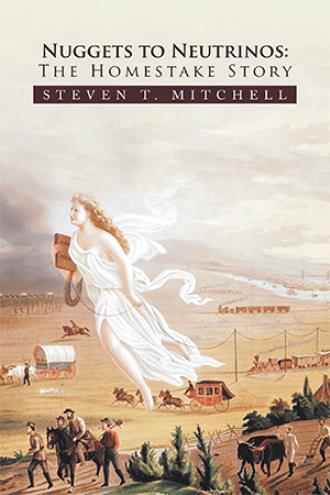 Very few mines in the world ever produced gold continuously for more than one hundred years. The Homestake Mine was one that did, producing 40 million ounces of gold from 1876 through 2001, when the quest for the yellow metal was brought to an end for good. Over the next few years after the mine was shut down, tens of thousands of ounces in additional gold were recovered as mine facilities were systematically decommissioned, and the mill site was reclaimed and converted to an open-air museum. For more than 125 years, the Homestake Mine helped support the livelihoods of countless numbers of people who were directly or indirectly affiliated with the mine. Sadly, some of these people lost their lives or were physically impaired while working at the mine or in support of the mine. Fortunately, a lasting legacy evolved from the dedication, loyalty, and perseverance of each of these people and every other person who was ever associated with the mine. This living legacy continues to evolve with the transformation of the mine into a deep underground science and engineering laboratory. The Homestake legacy began to unfold in August and September 1875 when the Bryant, Blanchard, Smith, Gay, and Lardner parties discovered rich gold placers in Deadwood Gulch. What they found was mostly Homestake gold, weathered and worn to “nuggets” and “dust.” Fred and Moses Manuel, along with their partners, Henry C. “Hank” Harney and Alexander “Alf ” Engh, were latecomers to Deadwood Gulch, arriving in February 1876. For the most part, these four men were more interested in finding the source of the placer gold or the “lode gold.” Their prowess and diligence paid off. On April 9, 1876, Moses Manuel and Hank Harney discovered a rich quartz outcrop upon which all four men located the Homestake lode claim. The Black Hills was still a part of the Great Sioux Reservation then, pursuant to the Fort Laramie treaties of 1851 and 1868. The Teton Sioux, also known as the Lakota, probably weren’t the first American Indians to have a presence in and around the Black Hills. Notwithstanding, the Fort Laramie treaties specified the boundaries for the Great Sioux Reservation and the Black Hills were included within that description. It wasn’t until the Manypenny Agreement was signed on September 26, 1876, and ratified by Congress on February 28, 1877, that the boundaries of the Great Sioux Reservation were modified, thereby excluding the Black Hills from the reservation and allowing the miners to have a “legal” presence in the Black Hills. Toward the latter part of 1877, the California capitalists George Hearst, J. B. Haggin, and Lloyd Tevis acquired the Homestake and Golden Terry mining claims from the Manuel brothers, Harney, and Engh. From that point forward, the California capitalists and their various other investment partners engaged themselves to try and acquire most all of the mining claims along the Homestake Belt, providing there was good ore and the price was right. Their acquisition strategies included such methods as outright force, costly court battles litigated by the best lawyers, acquisition and control of precious water rights through separate companies, fair land purchases, creation or consolidation of mining companies, and acquisition and control of competing companies through accumulation of company stock. In other cases, the Homestake capitalists prevailed by simply waiting until the other operators went broke or some other opportunity presented itself to allow acquisition at a bargain price. Aided by their money, skill, and shrewdness, the Homestake capitalists were very successful in fulfilling their passions and paving the roadway for future generations at the Homestake Mine.