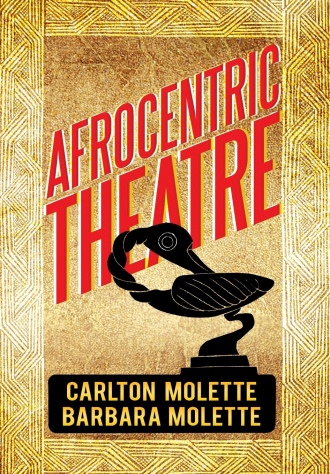 Valid evaluations of any culture’s theatre require prior understanding and appreciation of the aesthetic foundations of the culture being evaluated.  Yet Eurocentric theatre critics and historians have often evaluated African American theatre without first learning what constitutes success from the points of view of Afrocentric theatre artists or the intended recipients of their art.  Such a process disrespects the cultural location of the art’s creators and its intended recipients and would not warrant serious attention were it not for its widespread and frequent occurrence among those who are regarded as expert evaluators and the widely held presumption that the work of these Eurocentric evaluators is valid across cultures and deserves to be taken seriously.

Recipients and evaluators of art can only process what they perceive from inside the parameters of their values.  As Eurocentric evaluators often assume their values are the only valid ones, they tend to presume any divergence from their values is proof of inferiority by a set of standards they regard as universal.  And yet some clearly Afrocentric theatre has been judged good, even great, by Eurocentric evaluators who do not fully understand or appreciate Afrocentric values.  While the judgments they make across cultures will often be inaccurate, they may occasionally reach the right conclusions for the wrong reasons.

Empowered by the belief that their standards are universal, some Eurocentric theatre historians and drama critics conclusively proclaim Black playwrights have made few, if any, significant contributions to theatre arts in America, at least not until A Raisin in the Sun appeared on Broadway.  On the other hand, one might safely assume nearly everyone with sufficient interest, desire, and access to the requisite financial resources to produce a Broadway play is White, male, and over fifty years of age; and rare is the Broadway producer who will gamble a small fortune and their reputation as a producer on the artistic and ticket-selling potential of a Black playwright.  Further, providing the opportunity to a Black playwright is de facto denial of that opportunity to a White playwright.  In light of these assertions: (1) the production of even one Black play on Broadway is a remarkable occurrence; and (2) Broadway production or the length of a Broadway run is completely irrelevant as a standard for determining the quality of a Black play.

The use of negative Black stereotypes in plays and motion pictures has been a highly successful device for selling tickets to White audiences.  According to Donald Bogle, D. W. Griffith’s film, The Birth of a Nation (1915), “altered the entire course and concept of American moviemaking, developing the close-up, cross-cutting, rapid-fire editing, the iris, the split-screen shot, and realistic and impressionistic lighting .... the film’s magnitude and epic grandeur swept audiences off their feet.  At a private White House screening President Woodrow Wilson exclaimed, ‘It’s like writing history with lightning!’”  The Birth of a Nation remains one of the highest grossing films ever.  Bogle posits, “Griffith’s film had succeeded because of its director’s artistry and technical virtuosity.”  But this artistry and technical virtuosity also enabled the film to establish Black stereotypes that persist today as the staple of motion pictures, television, and theatre.  Therefore, The Birth of a Nation cannot be regarded as anything but a morally reprehensible disaster.

Black stereotypes in Broadway plays tend to be far more sophisticated than the blatantly racist images in The Birth of a Nation.  But in many respects, more sophisticated stereotypes from Porgy and The Emperor Jones to Ain’t Misbehavin’ and Dreamgirls, to The Scotsboro Boys are more effective in provoking negative perceptions of Black people because they seem on the surface to portray Black people as more fully developed characters.  In these Black-cast Broadway productions, the acting and (when relevant) the singing and dancing were superb. Although we are genuinely happy whenever Black performers collect a Broadway paycheck, many Black-cast Broadway productions have perpetuated negative Black stereotypes.  Typically, these productions’ success relies on ticket sales to White theatregoers.  On the other hand, a few plays by African American playwrights have appeared on the Great White Way since the Broadway opening of Simply Heavenly in the late 1950s, and deservedly acquired support from Black ticket purchasers.  While the number of such plays is far fewer than it should be, there have been too many in sixty years to list here, and we would inevitably insult an outstanding playwright and production team by omitting one or two.  These examples demonstrate that acclaim by White critics and financial success on Broadway neither confirms nor denies a play’s worth from a Black perspective.

Afrocentric Theatre updates the Molettes' groundbreaking book, Black Theatre: Premise and Presentation, that has been required reading in many Black theatre courses for over twenty-five years. Afrocentric theatre is a culturally-based art form, not a race-based one. Culture and values shape perceptions of such phenomena as time, space, heroism, reality, truth, and beauty. These culturally variable social constructions determine standards for evaluating and analyzing art and govern the way people perceive theatrical presentations as well as film and video drama. A play is not Afrocentric simply because it is by a Black playwright, or has Black characters, or addresses a Black theme or issue. Afrocentric Theatre describes the nature of an art form that embraces and disseminates African American culture and values. Further, it suggests a framework for interpreting andevaluating that art form and assesses the endeavors of dramatists who work from an Afrocentric perspective.