The Secret Lives Of Roses 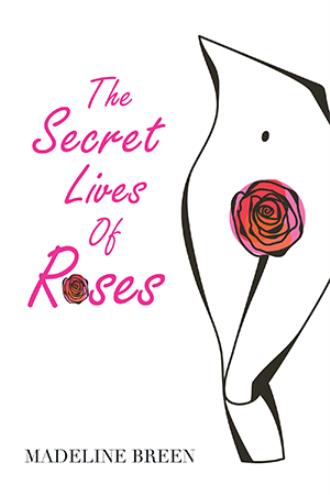 “John?” “Pauline love, can you get down to the calving shed? I need you.” He said, and hung up. He had been on edge all day. One of the heifers was due to calf and had been in the first stages of labour for the best part of a day. John had moved her to the calving shed the previous day and was constantly monitoring her since the morning. He had a good reason to be anxious. Last year, that heifer had a calf which died shortly after birth. John was worried it would happen again. She was a prize-winner at the Tinahely Fair the year before. That made her very valuable. Having given birth to a dead calf decreased the value and would make her harder to sell. But John wasn’t just worried about monetary concerns. The animal’s welfare came before that. At least, that’s what John preached to his IFA colleagues. I got into my overalls and wellies downstairs and went out to the yard. She would have to give birth in the pissing rain, wouldn’t she? Pulling up my collar I ran quickly to the calving shed on the far end of the yard. Why I worried about wet hair, I don’t know. I would be covered in worse before long. I found John with Eamon, our student farmhand, both standing at the heifer’s hind quarters, wearing long disposable gloves up to their elbows. Eamon held the cow still while John gently inserted his arm into the cow’s vagina. There was a damp slimy pool in the straw bedding beneath her hind legs. “Her water’s broken” explained John, manoeuvring his arm inside the heifer. “The calf isn’t positioned right. I have to realign it before we can pull it out.” John looked at me. “I need more water, ropes and the iodine spray. They’re at the far end of the shed, there. Then I need you here to keep her steady while me and Eamon pull out the calf.” I didn’t need to be told twice. It was not my first rodeo. I took the bucket from the corner of the pen went straight to get water. There was a second bucket at the tap and I filled that one also. I brought it to the pen before making a second journey. I took down the rope and an old window cleaner bottle full of diluted iodine. I checked the length. There would need to be enough to have a bit of distance from the cow. There was plenty. I also saw the big tub of lubricant on the shelf along with the box of long disposable gloves. I figured they would need these, too. I went back to the pen. The men were already pouring the water on the heifer’s hind. John had removed his bloodied sticky gloves. “You’re a life saver, love,” he said with a sigh. I knew that these were things he wouldn’t think of; calving is not just stressful for the animal. After heading to the outdoor tap to wash up, John wiped his hands in his overalls and put on a fresh set of gloves. He took the rope and started measuring how much he needed. “Calf’s facing backwards,” said John as he worked. “Eamon, you get on the inside. Pauline, you stay this side of her and keep her steady. When I tell you, start massaging her to ease the calf on.” John got to work winding the rope around a pair of legs, covered in membrane, protruding from the heifer’s bottom. The heifer lowed, straining to push the calf out. She nervously stepped forward, frightened by the pain and the people surrounding her. Eamon and I held her firmly. I hushed her, stroking her neck and murmuring soothing words, as you would to a skittish horse. John nodded he was ready. We moved nearer to the back of the animal and began to massage her just above the pelvis. You have to do this firmly, as the hide is thick. John wound the two ends of rope around his hands and pulled carefully. He didn’t want to tear the heifer’s uterus. The sinews and veins of his bare forearms protruded with the strain. The heifer lowed in distress and pain, turning her head to me. Her eyes were wide, the whites visible. I continued to massage her, while soothing her like I would my kids when they were teething toddlers. It was as much for me as it was for the cow. John called for Eamon to help take the rope. The calf’s hind legs were fully outside the mother. John explained what he needed to do and the two of them continued to carefully pull the calf out. It was a slow business. As the middle appeared, the calf began to slip out more easily. John and Eamon stepped forward to catch the slimy newborn and they guided the head out. They wiped back the membrane from the calf’s mouth and under its belly. John called for the iodine and Eamon reached for it. He sprayed liberally around the navel. A high pitched cry came from the little creature. Still holding on to the heifer, the two men presented the calf before its mother. She began immediately to lick off the remaining membrane from the calf’s back and hind. I sighed with relief as the men got to the messy work of removing the afterbirth. I stayed with the cow, stroking her, as she continued to clean her new calf. I wondered if it was a male or female. I hadn’t got a chance to see. “Pauline,” called John, a strange tone to his voice. I turned to see a look of shock on his face. “There’s another one!”

Una is a vibrant, outspoken commercial radio DJ who discovers she has cervical cancer. Pauline is her cousin, a mother of five kids under 12 and finds herself pregnant with number six. Claire was Pauline’s childhood friend. She now works as a nurse in a family planning clinic, dealing with IVF and more recently, abortion services. She has hit the menopause. Their stories converge in a modern Ireland, where ‘women’s problems’ are still handled badly by society, in spite of the country’s more liberal political landscape.