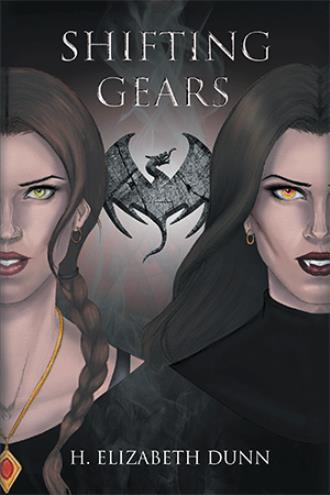 “If you're going to coddle her, she'll never learn,” I heard her hiss at Terrence. In a way she was right. Marc had coddled me and that had come as a shock. I got my ass kicked a couple times because of it. I thought my ass kicking skills were a lot better than they actually were. I was stunned to find out that he had been managing the encounters I had been in. He made sure I was never injured too badly. The thought made me angry and sad all at the same time. But my biggest problem was not knowing what would happen if I was challenged and lost the fight. I couldn't hide behind my mate, and I didn't want to die. The best thing I could do was kick in with my vamp skills and try not to bite anybody. Nobody in the Enclave, but Trey and Marc knew that my bite could paralyze, and I wanted to keep it that way. I was still working on letting that part of myself rise and fight. I never thought I had that depth of darkness within me. I was stronger, faster, healed quickly and had a better sense of smell and sight than humans, but not the level that a full-blooded vampire had. Until the night I just snapped, and it rushed out in a wave of anger, rage, and frustration. I had attacked Trey. His blood had nearly killed me, and I could have killed him as well. We made love for the first time that night. What more could you ask for? Blood, sex, and violence. I walked away, rolling my shoulders, and tried to focus on letting the vampire in me come up, without taking over. My breaths became deeper, I let my world shrink to the size of the center of my chest and felt for that repressed part of me. I felt my nails lengthen, not a lot, but enough to know that I was headed I the right direction. My fangs lengthened as well. I felt my vision sharpen and the violence rise within me. A craving for blood washed over me and I breathed it in, letting it fill me, and then relegating it to the leash I needed to keep it on so that killing wouldn't happen. I turned and looked toward Cynthia, who had finished being pissy with Terence. She met my gaze and stilled. “Bring it bitch,” I growled low and soft. Not just what humans do when they are pissed, but a low, soft, animal growl mixed with my voice. I had never fucking growled like that in my life. When in their human form, were-animals and shifters are tough creatures to fight. When they are fully in their animal forms, the best thing to do is fight them as you would any huge, crazed, rabid animal. I recommend a tranquilizer gun and enough distance so they can't get to you before the sedative kicks in. If you happen to find yourself confronted by a were-creature or shifter in their in-between form, their half animal, half human form, this is their fighting form, and there is only one thing to do; grab your ankles and kiss your ass good-bye. I threw off what little padding I had, as did Cynthia as she shifted into her fighting form, and we ran full tilt into each other. Her slight frame grew in mass, muscle mass, pure and simple. Her face elongated and a mountain lions muzzle formed and mixed with a vaguely human quality. The tawny fur could be seen where her tank top and shorts didn't cover. If her clothing had been tight, it would have split. Cynthia was frightening and, yet, stunning in this form. I truly hoped this would be the only time I would be on the receiving end of her fighting form. My heart pounded as I went in low and took out her legs. She crashed into the floor of the gym. I called it 'the pit'. It is a pit dug out of the sandstone desert floor. Twenty feet deep and sixty by sixty in width and length. She rolled to her feet with impressive speed and agility and was leaping the fifteen-foot distance between us as I rolled to my feet and spun to face her. She swiped at me with her claws and just caught me across the chest as I danced back, out of reach of her second swipe. I knew she had drawn blood, I could smell it, but I didn't really feel anything besides the tugging on my skin as her claws drifted through my flesh. I didn't get angry, or frightened. I smiled. Let me clarify. The darkest part of me, the beast, the violence, smiled. Who I was as Valerie, the woman, witch, niece to my crazy aunts and mate to a dragon shifter felt nearly out of control of the situation. I was beginning to drown in the darkness though I felt the confident determination controlling my body. I was trying to stay tuned in and not panic. The punch to Cynthia's ribs was solid and pushed her off her stride, forcing her to regroup as I aggressed her and threw a spinning back kick nailing her in the side of the head. A trickle of blood seeped from her scalp and my darkness wanted more. The metallic scent of it ignited something within this dark and violent being akin to the freedom a prisoner may feel after twenty-five years of solitary confinement. At that point my vision sharpened, and then went black. The connection I had with my body became tenuous at best. I felt wrapped in cold darkness. I knew that I was still moving, still fighting, but I had no control. The beast I never knew existed within me had truly broken loose and my consciousness began to thrash and panic, trying to regain my decision-making power. It wasn't working. 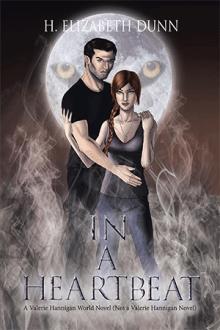 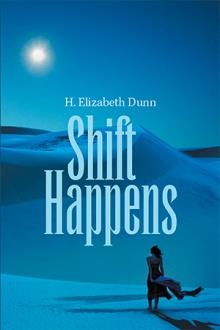 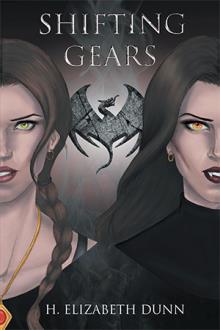 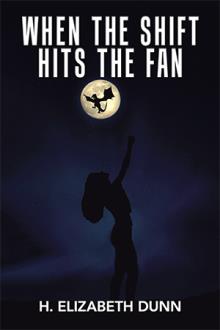 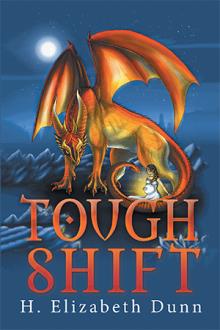 Half-vampire, half-witch, Valerie Hannigan thought she had a pretty sweet life. With a full vampire boyfriend and a job (hunting rogue vampires), she had happily walked away from the sorrow that swamped her home life. But dark magic rose and along with it are years’ worth of lies, a family member in danger, a father she’d never known, and a love she’d never imagined. Now with her family ensconced in the midst of two hundred fifty shifters and were-creatures, her new mate edging into his fertility cycle, and the hunt for a missing were-tiger underway, Valerie discovers more about herself, her new mate’s painful past, and the new life unfolding before her.