A German in a Foreign Land 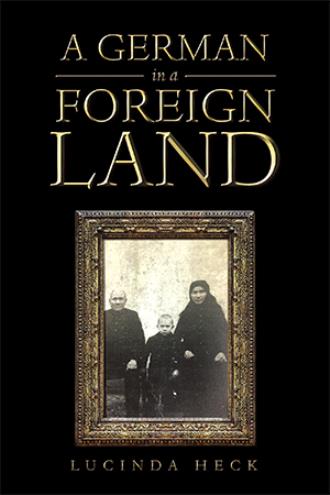 The Third Battle of Ypres, Passchendaele, which lasted from July to November, 1917, symbolized the entire war on the Western Front. The bravery of the German soldier will forever be a reminder of what the German spirit, discipline, unequaled defense strategy, and individual initiative are capable of accomplishing. During the battle, images in Homer’s Iliad again came to life. In the confusion, the voices of men from all thefrom hell. Mud, barren trees, horses dying, men screaming, shell holes filled with water, and corpses met the eye wherever you looked. I was wounded on September 26 during the Battle of Polygon Wood, earning me an Iron Cross. I was hit in my shoulder, arm, and leg, attempting to reach the enemy line after I had run out of ammunition. This was called bravery, but to run back would have been foolish. I did not want to die with a bullet in my back. I crawled back to our position after killing two enemy soldiers with my bare hands. I was “sent home” to recover and was unable to return until after the Entente had captured Passchendaele. I can only wonder if Field Marshall Haig believed gaining the village was worth the number of dead in his armies. There was virtually nothing left of the village, and there was no place for his troops to hide. I would have fought if I could; however, I was glad to return to be with my friends. At Passchendaele, everyone was a casualty in some manner. Rifles clogged because of the mud, and hand-to-hand combat ensued. Men were trapped in muddy shell holes for days, unable to move because of massive machine-gun fire. Both sides helped wounded enemy soldiers to get medical attention, helping us keep what humanity we still had. Blood lust was rampant, however, and many killed just to kill, calling it “mercy killing.” Human features were obscured by blood and mud mixing together. Only dull eyes emerged from a face; hands and feet looked like stumps of trees; and bodies sunk in mud looked like statues with their arms raised up to heaven. The machines of war made many men feel as if they were insects being killed—thrown up into the air and then deposited in parts for the living to walk over or use as shields. These were no longer men and friends. If we had thought of each individual as a friend, a loved one, or a soul, we would never have been able to advance. The din of battle was like a symphony created by machines instead of instruments. The composer was death and the performers men. countries mingled together made a din of horror. Terror, panic, and struggle were seen on the faces of the men fighting for their lives. The landscape was one brought up

THE FRITZ FAMILY journeys to the Banat region of Hungary to start a new life. Stefan and Sophie find happiness and sorrow in this “paradise.” One of their sons, Johann, becomes a famous violinist and moves to Vienna, where he meets and works with Beethoven. His branch of the family become accomplished musicians. The majority of the extended family stay in the Banat region, seeing their villages change borders and eventually become part of Serbia. Members of the family who reside in Vienna and Berlin become loyal and faithful Germans and serve in the German army in both world wars. Markus, in the Banat, joins the Hitler Youth and eventually becomes a member of the SS started by Himmler. The families in the Banat are virtually wiped out after World War II, with only one family member, Marta, escaping to Berlin. She meets a relative, Wolfgang, and together they start a new life.

Lucinda Heck holds degrees in vocal performance from the University of Illinois. She has soloed with orchestras and choruses and her credits included Verdi's "Requiem", Beethoven's "Ninth Symphony". and Mozart's "Requiem". Her performance of Hugo Wolf's "Moerike Lieder" to rave reviews citing it as one of the top ten performances of the decade by the Omaha World Herald. Ms. Heck taught at the university level for twenty-five years specializing in interdisciplinary courses. She has lectured nationally on Beethoven and Schubert.