The Biological Determinants of Capitalism, Socialism and Income Inequality 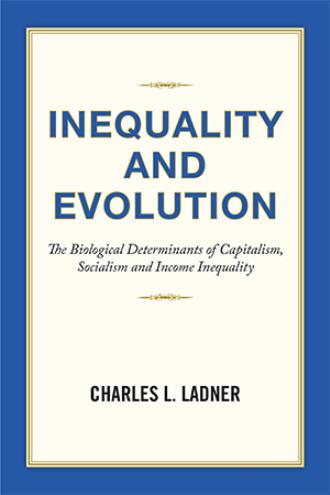 In 1976, there were 38 countries, comprising nearly 50% of the world’s population that self-identified as socialist states, yet by 1991, only one remained. In 1976, the annual GDP per capita of the 38 socialist countries (in inflation adjusted dollars) averaged approximately $5 thousand. By 1990 it had grown to about $8 thousand. During that same period, the GDP per capita, in comparable numbers, for the United States grew from $24 thousand to $36 thousand. The socialist countries never grew their per capita income to more than 22% of the United States. Even China, which today has an economy almost as large as the United States, never saw its per capita GDP grow beyond $2 thousand per year during the twenty-eight year period as a socialist state under Mao Zedong. But, after the death of Mao, China converted its economy to the capitalist model with spectacular success, lifting a billion people out of poverty and challenging the United States for worldwide economic supremacy-an outcome that would have been unthinkable under socialism. Why has capitalism proven to be such an extraordinary success and socialism such a miserable failure? Charles Ladner argues that the success or failure of economic systems can be traced to the degree to which such systems are congruent with the primal force of evolutionary natural selection. This is the most fundamental need of every living thing to survive and reproduce. He encapsulate these forces into the term: selfishness. Capitalism, he finds, is grounded in such selfishness or self-interest, and therefore is fully congruent with the biological needs which provide the aspirational motivation that cause capitalism at all times and in every place, to be successful. Socialism, on other hand, requires and cannot function without, authoritarian rule to suppress expressions of self-interest. Its operation at the level of the state, serves to frustrate the biological needs and thereby will always produce poverty and failure. The historical record, he says, categorically demonstrates this. Capitalism, however, has a fatal flaw, and that is its inability to restrain the expression of selfishness, which ultimately leads to such extremes of wealth and income inequality that the system can self-destruct. In the final chapters, Ladner offers possible remedies for the United States, which he believes is already in the very early stages of such self-destruction.