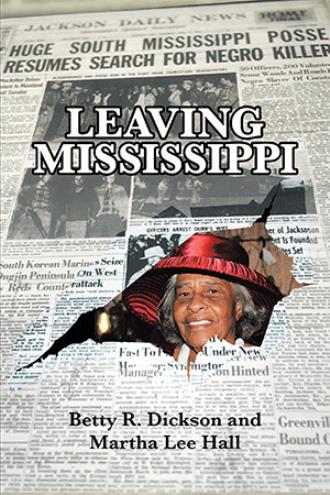 In a time of continued turmoil and angst about relationships between white and black Americans, here is another story that offers important insight as to why we are still today wrestling with a dilemma that began when the first slaves were offloaded from a ship and sold to white landowners. Even the Emancipation Proclamation wasn’t enough to quell the hate. It just added to it. In 1951, in a small south Mississippi town, Martha Lee, a Negro woman, was with her husband, Jim Brent Durr, when he shot and killed a white law enforcement officer, a constable. She was charged with accessory to murder and spent six months in jail. Eight-and-a-half-months pregnant, she was beaten and lost the baby. Her husband was found guilty of murder and died in a portable electric chair in 1952. Martha left Mississippi after the charges against her were dropped and settled in Grand Rapids, Michigan, where she lives today surrounded by her children.

One month shy of her 13th birthday in 1952, the author watched as a portable electric chair was off-loaded from a huge flatbed truck and into the Simpson County courthouse. A Negro man who had killed a constable in 1951 was to be electrocuted that night. His wife, Martha Lee Durr, eight-months pregnant, was arrested, charged with accessory to murder. She lost the baby. She spent six months in the Simpson County jail before several Negro farmers posted bail for her to be released and reunited with her three children. Martha Lee was never tried in court. Upon release, she focused on getting herself and her children away from Mississippi. Martha Lee Hall, age 93, today lives in Grand Rapids, MI. This is her story of survival and forgiveness.