The Zen of an Earth Mythology 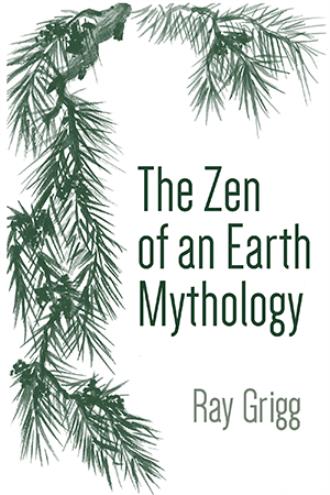 The Zen of an Earth Mythology

Joseph Campbell, the famous American mythologist, commented in his last book, The Power of Myth, “The only mythology that is valid today is the mythology of the planet—and we don't have such a mythology.”

The Zen of an Earth Mythology is a thoughtful reply to Joseph Campbell's comment—an exploration of the nascent mythology that is currently forming to give fresh meaning to our individual experiences, lucid insights to our unfolding knowledge, and wise guidance to our collective behaviour.

This urgently needed mythology is replacing an old one that has been largely responsible for the environmental crisis we are inflicting on ourselves and our planet—a mythology so incongruous with nature's imperatives that its influence now threatens the viability of civilization itself.

The Zen of an Earth Mythology begins by examining the origin and effects of the Genesis mythology in our Western culture, then follows the emergence of an Earth mythology through historical developments in theology, philosophy, mathematics, technology, biology, psychology and physics.

The arrival of an Earth mythology is timely and discernible, yet confusing and enigmatic—a Zen koan that demands a solution as we struggle to understand who we are as a species, and how we are to live on our only home in the universe.

Ray Grigg is the author of numerous internationally sold books on Taoism and Zen (The Tao of Relationships, The Tao of Being, The Tao of Sailing, Zen Brushpoems, The Tao of Zen, The New Lao Tzu, The Sage's Way, The Zen of an Earth Mythology and Zen Tzu), and has had a keen interest in Eastern philosophy for more than 50 years.

His environmental book, The EcoTrilogy: Ecologos, Ecopathy & Ecocide, uses the same detached objectivity and lucid clarity to explore, respectively, the philosophical, psychological and biophysical dimensions of our factious relationship with the ecology of the natural world—a fraught issue that is rapidly evolving from serious to critical.

Prior to writing professionally since 1985, he was a teacher in senior secondary schools of British Columbia, offering instruction in principally English and literary history, but also designing and teaching courses in cultural history, fine arts and comparative world religions.

Between 2000 and 2016, he was writing a weekly environmental column, Shades of Green, for newspapers and the internet—the 144 chapters of The EcoTrilogy were derived from these selected writings. He also conducted interviews on environmental themes for a local TV channel, and is a former director of the Advisory Council for The Centre For Studies in Religion and Society at the University of Victoria in British Columbia. After a busy life of teaching, travel, photography, design, sailing and sea kayaking, he continues to write and give occasional presentations and workshops on Taoism, Zen and environmental themes.

He lives contentedly with his wife—a classical musician—in a self-built home on ten acres of forested land on Quadra Island, British Columbia, Canada. A large organic garden and orchard supply much of their food needs. Their pets are the wild birds and animals that share their property.