Since You Asked, Here's a Story 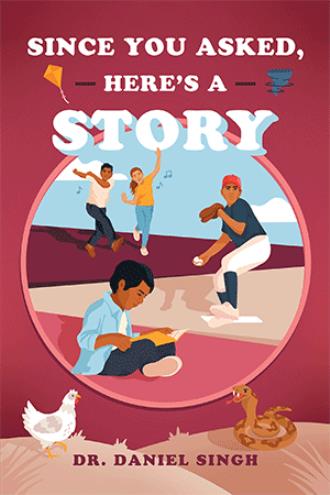 Excerpts from Since You Asked, Here’s a Story From Science and Mystery: It was about 10:30 p.m. Mother was in the kitchen, making my lunch for me to take to school the next day. She was putting together a sandwich when, out of the corner of her eye, she sensed a presence. It was yours truly, standing in my pj’s, stock-still at the open threshold that led to the kitchen. A vacant look was on my face. Mom said nothing at first, a little startled that I should be there. Then, in a low, dull monotone, I said to her, “Mother, we’re drawing gorillas in school . . .” Drawing gorillas? What a silly, completely off-the-wall statement! Somehow, Mom managed to suppress the temptation to laugh. She quickly and correctly deduced that I was sleepwalking . . . From Daniel Van Winkle: How long have you ever slept in one stretch? What I mean by “one stretch” is sleeping without getting up to use the bathroom or getting a drink or even just waking up for a while and staying in bed, waiting to fall asleep again. In other words, uninterrupted sleep. Nor does it count when you were a baby. Babies naturally need lots of sleep, so it has to be after. How long for you? Nine hours? Ten? Maybe even twelve hours? . . . The afternoon hours ticked by. Five hours later, it was nudging up toward dinnertime. Daniel Van Winkle was still dead to the world. Mom and Dad had a decision to make. They conferred with each other in a whisper, “Should we wake him?” but decided, “No, he seems to be so sound asleep!” They let me sleep on . . . From Big Brother, Little Sister, and Halloween It was a Thursday when I got home from school. Melissa Joy was crying in the living room. She was very unhappy, and the tears were flowing hard. It surprised me to find her this way on this of all days—it was Halloween, one of the most anticipated days of the entire year for any kid! “Why are you crying, Melissa Joy? What happened?” I asked as I put down my school things and took off my jacket. Through her tears she said, “Mommy and Daddy said I can’t go trick-or-treating tonight!” “What? How come?” She turned away without answering, her eyes welling up. At that point, Mom came into the room. “We took her to the doctor today. She’s come down with the chickenpox . . . From Forces of Nature Early one evening in August, an angry storm was raging. Nature was dishing it up in spades—rain, lightning, thunder, the whole shooting match. I was alone, watching my brand-new large television in the TV room, when suddenly—BOOM-CRACK!—a sound so deafening, so unexpected, so startling I nearly jumped out of my chair! Holy mackerel, what was that?! I thought as the hairs on the back of my neck stood on end! . . . It was a late afternoon in the summer of 1962. Sirens all over town were wailing. Their shrill rising and falling would get louder and softer as the horns rotated atop their poles, becoming loudest when facing our direction. Something was happening, but what? Dad was attending a professional conference in Atlanta, Georgia, which left the four of us at home: Mother, Micah (8), Melissa Joy (4), and me. Mom went over to our small black-and-white television and turned it on. Every local channel had broken into regular programming to broadcast the same thing: tornadic weather was in the area! From The Bike Race My brother Micah and I were less than a year apart. I had been born a month early so the difference was just shy of a year. Growing up, we did so much together. We traveled the world, shared the same bedroom, and knew each other’s friends. And being close in age, we certainly played a lot together! We would engage in different sports like baseball, basketball, football, and many other activities. Micah was competitive. Most of the time, there was a healthy dose of competition between us, but there was this one time . . . From The King After about a block, I heard a strange, low hissing sound. What is that? I wondered. I slowed my pace a bit. I heard it again. “Sssss!” Full stop. I glanced about. Nothing obvious. Huh, I thought. Then came another “Sssss!” This time, louder. Now I was able to zero-in on where the sound was coming from. From behind a tree to my right about fifteen feet away appeared . . . 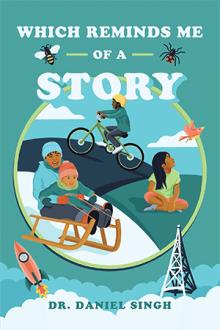 In follow-up to the first book, Which Reminds Me of a Story, this book, Since You Asked Here’s a Story, is a second collection of short autobiographical anecdotes written for the tween and early teen.

Each is an entertaining true story of life as it happened to the author but told in a way and point of view that engages the younger reader!

More importantly, the reader can identify with the timeless content of each story, which might be about maturing, lessons we learn, emotions we feel, meeting new challenges, recognizing one's mistakes, dealing with changes in life, and going through situations with family and friends, to name just a few.

Many of the stories were originally presented orally in the classroom; meaning, they were first related from time to time by Dr. Singh to his students. As with his students, don’t be surprised if the reader will also begin to reflect on his or her own experiences in life, thus building on learning from personal memories!

Dr. Singh possesses a wide background as a successful educator. His formal degrees include Bachelor of Science in Elementary Education, Master of Arts in Educational Psychology, and Ed.D. in Education. He devoted over thirty years in the field as a principal, curriculum director, and university assistant professor, but for most of his career he was a classroom teacher, working each day with children from pre-school through high school. Dr. Singh brings deep experience and understanding of children at various ages.