Selections from the works of Charles Dickens 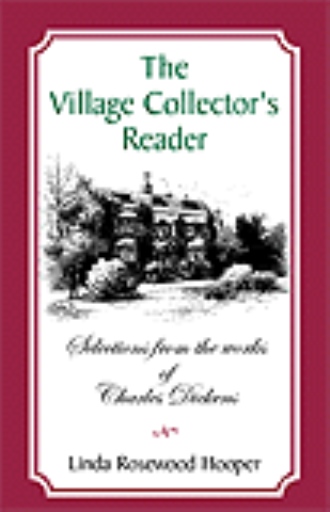 "It's just the book I've been wanting." (San Antonio TX )

What did Dickens think about when he was in a church?

Did anyone in a Dickens book go ice skating?

Who drinks at Tuttle's Pub?

Looking for these answers can mean a long search, as Dickens novels are hundreds of pages. And not every village piece has an actual source in Dickens! Now, for the first time, a Dickens expert has carefully selected excerpts that either describe the exact inspiration for the piece, or illuminate a related aspect of Victorian life as Dickens saw it.

and ask to order at the bookstore rate!

Q: What is the Dickens Village?

Q: What would a collector get out of this book?

A:.Dickens novels are big, and it's daunting to find one or two paragraphs describing a tailor or a puppet show. Moreover, not every piece corresponds to something “real” in a Dickens novel, so some of the selections are more than what you would expect. For example, a profound observation about the nature of youth accompanies “Stone Bridge.”

Q: Isn't it hard to know what is going on in these “selections,” without reading the rest of the book?

Q: I read a selection in your book, and then I read the complete Dickens novel. There are small inconsistencies in words and  punctuation between your version and the published one. What's going on here?

A: I used nineteenth-century editions of Dickens's works for my selections because they are in public domain. If you read Dickens today, you should buy the Oxford edition because the text of that edition was established by scholars. This means that they took all the lifetime editions of Dickens, compared them, rooted out the typos, and tried to decide on the best choice whenever it seemed like Dickens had made a change himself, which he did, over a lifetime of publishing the same books over and over. Establishing a text is hard work and for that reason established editions like the Oxford are under copyright.

Q: If I were to read my first Dickens book, what would you suggest?

A: A Christmas Carol, without hesitation, even if you think you know the story. If you'd like another recommendation, then I don't know where to begin: Pickwick Papers, because it is so silly, Hard Times because it is so topical, Our Mutual Friend because it is perfect, Great Expectations because it is a jewel, Tale of Two Cities because it is so moving, David Copperfield because of the friends you make. If you want to read about Dickens, then you can pretty much skip the learned professors at the library, and just stick with G. K. Chesterton essays. The most scholarly and complete biography is by Fred Kaplan, the most interesting, by Edgar Johnson.

Linda Rosewood Hooper has edited other books on Dickens, including A Little Book about A Christmas Carol and several resource anthologies for teachers of Dickens. For many years she coordinated the work of scholars and teachers at the University of California's Dickens Project. She lives in Santa Cruz, California.