The World Is In My Garden

A Journey of Consciousness

by Chris Maser & With Zane Maser 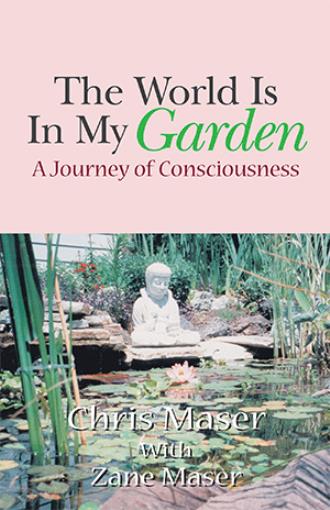 Over the more than twenty-five years that I have studied ecosystems in various parts of the world, I have often been overwhelmed by the sheer magnitude of the ecological and social problems with which I was dealing. “How,” I used to ask myself over and over, “can I as one person affect anything?” And because I saw no way for me to change anything for the better, I often felt despair and helplessness. Then, a few years ago, I commenced gardening.

As I worked in my garden, I began to see that all the global problems with which I had for so long been wrestling (ecological, social, personal, and spiritual) were reduced to the size of personal awareness and understanding in ways that I could never have imagined as a younger man. Every conceivable problem was only a matter of scale and essentially the same, regardless of culture or language, and was played out again and again, whether I saw it in the subarctic of Alaska, the deserts of Egypt or the American Southwest, the jungles of Malay, the Alps of Europe, the Rocky Mountains of Colorado, or the coast of Oregon.

The problems were not only repeated elsewhere but also occurred in my garden in one way or another. This is not surprising, when I think of it, because culture is a structure that is artificially imposed on people and consequently reflected in their gardens. While the specifics might differ, the principles are identical, and the scale of the problem in my garden is one I can understand, relate to, affect, and expand again to a global view.

On the other hand, “think globally, act locally” is much too abstract for most people to grasp even if they want to. “How,” people ask me repeatedly, “can I as one person affect any change in the world? What can I do?”

For a long time, I had no good answer, but now I find that my garden is the perfect passageway to understanding the relationships among local action, global consequences, personal responsibility, and spiritual growth. This passageway is important because, as South African author Nadine Gordimer discovered, the “facts” as we perceive them are always less than the reality of what happened. And yet, my garden is also an isle of solitude around which the increasingly hectic, time-diseased human world turns. I thus return again and again to the quiet confines of my garden, there to touch my spiritual ground while I confront my understanding of the overwhelming worldly problems outside of its borders. It is this link that I want to share with you, because it can inspire us as gardeners with a sense of personal responsibility and contribution to the welfare of our home planet.

In my garden, I find the spiritual and the material, the intuitive and the intellectual, including the scientific, coming together, not in the deadly grapple of today’s outer world, but in a dynamic harmony that becomes ever clearer as I mature in both life and the art of gardening.

I offer these ideas with the hard-won realization that, of all species on earth, we humans are both blessed and cursed with the greatest of powers: the power consciously to change ourselves, to struggle towards an ideal of being, and frequently to fall short of that ideal. In struggling, however, we must understand and remember that anything worth doing well is worth doing poorly for a while...

At last, Summer came again. The gardener, having sat in his chair for a year, arose and entered into the presence of the emperor...

**author only wants quote on back cover, see Book Description**