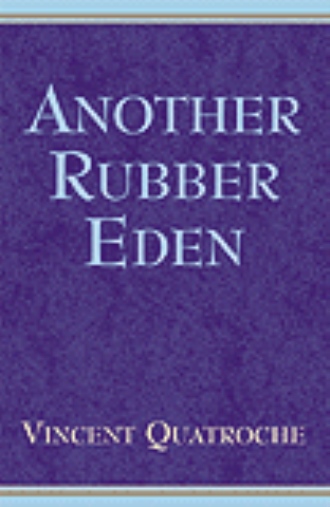 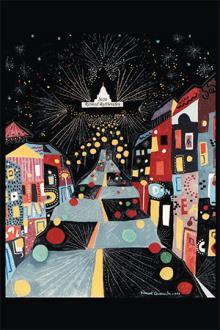 Vincent Quatroches collection of poems and stories are artfully rendered, bitter-sweet and at times disturbing. The works included in this collection are involving presentations that resurrect poignant images of human experience.

Previously Quatroches prose was presented in a verbal/audio montage via cassettes. The transition here to the page of those pieces and much more has been quite successful. Working in the context of the post modern world, Quatroches works range from the sentimental and melancholic treatments of love and relationships, to insightful portrayals of the everyday, to critical parodies of the techno-consumer society. Although inspired by personal experience and reflections, they touch on common sentiments, human universals and shared dilemmas from the inside of human existence. This collection is an examination of common life, the taken for granted, the hidden and repressed contradictions of our experience. At times, in some poems and passages, the text reads like Thomas Hart Benton´s paintings look.

This collection emanates an aura of our beginnings in oral discourse, before the written word when time was slower. In order to appreciate the emotional terrain of this collection one must surrender to the ordinary world, not unlike listening to neighbors story, sharing in personal and private, covering social and psychological terrain. It poses opportunities for sorrow and celebration, agreement and difference, laughter and compassion.

A certain quality of intangibility reverberates like an echo in the readers consciousness. There are some intensely original images rendered here that communicate something distinctly human in an increasing impersonal world.

When Vincent Quatroches voice begins to scratch the groove, you realize youve had an itch you didnt know about. Maybe you would rather not know that itch; but Vincent does not care. Either way hes going to keep doing what hes been doing these past couple decades --putting down the best writing in the United States, unassuming, cutting, hilarious. Real poems from a real poet.

Quatroche is primarily an oral poet, influenced by and working in the tradition of Whitman, Sandburg, Ginseberg, Ferlinghetti, Ken Nordine, Tom Waits, Charles Bukowski and similar experimenters in the American oral tradition. His work expresses a strong element of social criticism--sometimes angry, sometimes ironic or absurd, with the element of the highly personal and lyrical. One of his greatest strengths is the effective use of telling details and powerful images and metaphors to bring us face to face with our foibles, our failures and our loves.

The work included in this volume represents, in part twenty years of self-expression, reflection and observation. Rather than launch into a dramatic monologue that might be given by a dying blond Replicant as heard in the finale of Blade Runner, I can only remark that I lack the discipline, inclination and disposition that cultivating a widely spread cultural exposure demands of a creative individual with aspirations. I find most self-promotion at this somatic level of expression pretentious, vulgar and distasteful.

Perhaps it is a matter of the basic question of why an individual succumbs to the desire to create in the first place. Whatever my talent is or can be defined as a poet, it certainly is not as a purveyor of self. I am haunted by the question; if one creates for the market place, then do they simply become another product for consumption in that market place?

I know more about what I am not, than what I