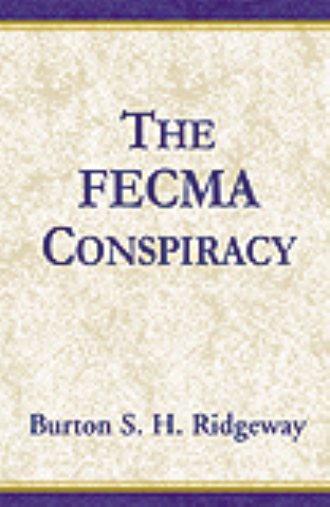 Avocado County, California, in 2008, has a murder that looks on the surface like a simple burglary turned deadly, but Sergeant Marty Jacobs thought otherwise, so he called Lieutenant Hitch Talford. An old man is found dead among more books than in any home in which Talford had been. A search that looks as if it bore no fruit; a murderer who left no clues, a deceased with checking accounts in the capitals of thirty-eight states, and assets of over a million dollars willed to the leading politician in Avocado County, who has no idea why a man he hardly knew would leave him anything. Or does he? Talford, the son of a deceased nationally known psychic, and a reader of emotions himself, attempts to reduce this case to an accident during a burglary, but is driven by baseless suspicion to the nations capital, where he comes across people who project the strongest feelings he had ever encountered. He passes murderers, witnesses a killer take out others, then watches the killer die in an accident. Washington DC, on a hot, humid, Sunday, seems like a war zone. As he later works at closing the case in the deceased´s home, he comes across ring binders with notes describing an invention that threatens the security of the nation. The old man had used it to successfully blackmail members of Congress, and legislators of thirty-eight states, to pass an amendment to the Constitution of The United States, and a bill to modify the way we elect our President, and national legislators. The product of that bill, the Federal Election Campaign Management Administration, whose authority went into effect at the time of the murder, is the backdrop of this story. The American people have gone wild; the majority of citizens came out of their passivity to become so involved with the election of the next President, members of Congress, and national ballot initiatives, that they are turning the nation into a madhouse. We meet the Directors of this new election system, and watch the media watch them do their thing, and how they feel about it. We meet intelligent people, and stupid ones. We also hear about other ideas bouncing around this new revitalized America. During his search for a solution to this case, Talford is faced with his own faults, and he must resolve them. We meet diminutive Boris Rothman who makes us laugh, but also gives us pause to consider the value of honor and trust in life and business. We meet John Maxwell Flesch who effects people as another George Washington. Will he live up to the dreams of his murdered father? Is he really meant for active politics? He has no alternative but to move ahead, or Jake Magnuson will be Governor, and a version of organized crime will run rampant. Then there´s Flesch´s future Presidency, for which, without a hint from anyone, FECMA had been created. The Definition Amendment freed the nation of one horrendous problem: political speech, and gave it another: the citizens right to make federal law. What does a politics-hating police lieutenant do with devastating information only he has? Thirty-year-old Hitchman Andrew Talford is faced with a decision no ordinary person should have to make. Will he reveal to the nation what had happened ten years before, or will he decide to live his life with a burden of knowledge only a person of powerful inner-strength could carry?

The author is a senior citizen who is driven to make his many ideas known before he is held to answer for his behavior on Earth. He had written a novel in 1998, titled, “The FECMA Conspiracy,” using the pseudonym, Burton S. H. Ridgeway. It is a novel of political intrigue. No longer being sought by the FBI, he has come out of hiding with his real name