Nobody Gave Me Permission 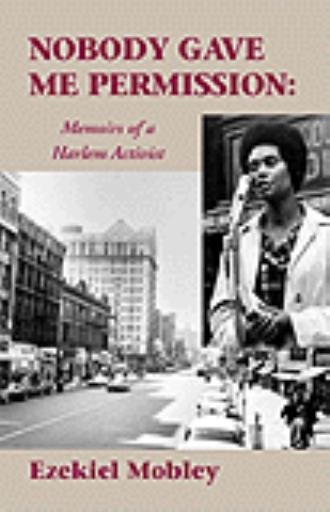 This book is a fascinating account of a black womans career and personal life as a noted human rights activist and freedom fighter in Harlem, New York City from the early 1950s until the late 1980s.  It delicately portrays the development of Harlem as the northern hub of an urban-based and international rights movement, while carefully highlighting critical social developments as decentralization of local schools and renaming of public institutions, such as hospitals for distinguished black leaders.  The pulse of emotional times are well-documented, like the Black Consciousness period of the 1960s, when urban riots engulfed Americas cities in New York, Washington, D.C., Newark, Detroit and Watts, Los Angeles.

Pivotal figures, who made an indelible stamp during this epoch are highlighted, such as:  Adam Clayton Powell, the controversial congressman, and Malcolm X.  Ora knew and consulted closely with these leaders.  She was elected to the first independent New York City School Board in 1970, and played a pivotal role in the tumultuous struggle for local control of education resources and self-governance that underscored the decentralization movement.  In the meantime, against the wishes of the political establishment, she spearheaded in Harlem the effort to elect as mayor the Republic party moderate candidate, John V. Lindsay.

This personalized and insightful work is a valuable primer for understanding the intricacies in the development of people whose actions have an impact on the national and international scene, but maintaining at the same time faith with the view that, all politics is local.

Ezekiel Mobley graduated from Howard University, B.A.cum laude. After graduating from the Georgetown University Law Center, he became a Captain, U.S. Army. He served as Chief of Staff with the District of Columbia City Council through the 1980s. He holds masters degrees from both Harvard University and the London School of Economics.