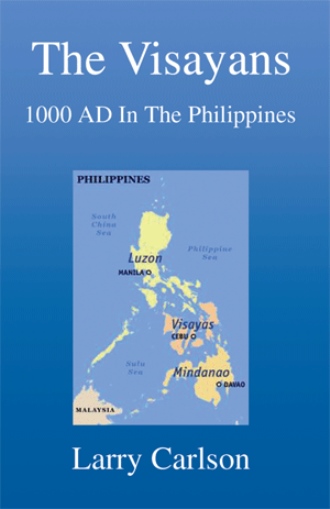 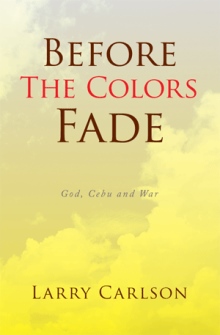 Before The Colors Fade
Larry Carlson
$19.99

Editor’s note … There is certainly no dearth of literature on Philippine History. Quite a lot has been written on the different eras of Philippine History by some Filipinos and Americans writers like Otley Beyer, Zaide, Agoncillo, de Morga, Constantino, Casal, Jocano, Ileto – just to cite a few names who have written colorful contribution to Philippine History dating from pre-historic times, the pre-Spanish Era, the Spanish-era, the Commonwealth era under the United States, and the different republican regimes since the Independence Day of July 4, 1946. Not many historical contributions, fiction or non-fiction, may have been written, however that delineates on the central Philippine Islands – Bohol, Cebu, Leyte, Masbate, Negros, Panay, Samar, and hundreds of small islands that comprise the Visayan Islands – in such intriguing detail as what Larry Carlson did in his latest book called The Visayans. The imagery that he depicts gives the reader the early culture during pre-history times which survives on the flora and fauna of both land and seas. Larry was born in Cebu. He is a free-lance writer who calls Cebu City his home after he grew up in the City and got married to a town mate Cebuana. He is the second son born to former American Missionaries Ray and Imogene Carlson who, when World War II broke out in 1942, were imprisoned at the Japanese Concentration Camp in Manila when Larry was just a baby. He is a US Navy Medical Corps Vietnam War Veteran who decided to retire in Cebu City to devote his life helping at the Cebu Christian Mission, the mission field started by his parents, and to his love of reading and writing fictional history. Ignacio L. Alava Placentia, California