Constructing a New Picture of the World of Divorce 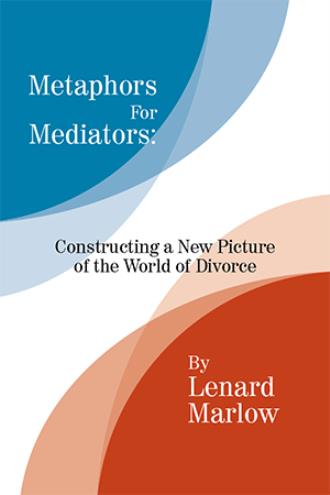 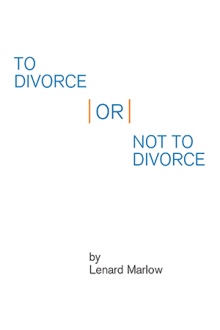 To Divorce or Not to Divorce
Lenard Marlow
$19.99 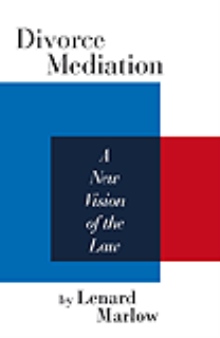 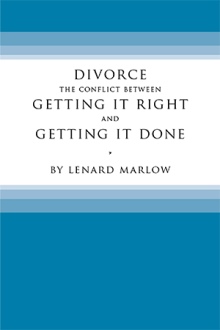 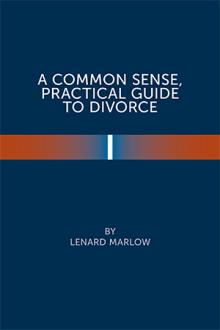 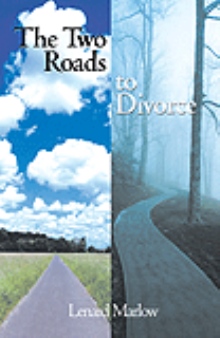 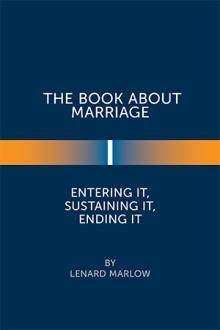 The Book About Marriage
Lenard Marlow
$16.99 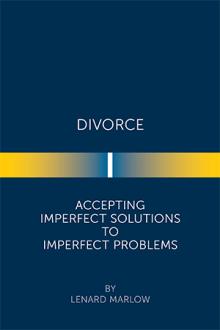 Preface I have long felt that there have been two major errors in the thinking that has prevailed in the field of divorce mediation which have had unfortunate implications for the practice of mediation. The first error is that its early advocates never sat down and asked the basic questions that those in any new field should properly ask. In this instance, those basic questions, so I have argued, are (1) What is the problem with which a couple find themselves faced as a result of their decision to divorce? (2) What does it mean to be of help to them? and (3) What is it that they have a right to expect and not expect of their divorce and of the agreement that will bring their marriage to an end? I say that this was a serious error because, though its advocates saw divorce mediation as representing a rejection of adversarial divorce proceedings, in failing to address those basic questions, they accepted the answers that divorce lawyers gave to them. In doing that, though they did not realize this, they unwittingly incorporated into their thinking and, therefore, into their practice all of the assumptions that underpin, and give support to, the adversarial world of divorce. Thus, though divorce mediation gives a lot of lip service to the idea that what a mediator is helping a couple do is solve a problem, since that problem is defined as being a legal one—involving, as a divorce lawyer would characterize it, the parties’ legal rights—the actual practice of mediation has been conducted as the negotiation of an equitable distribution case. (Based on the answers that a divorce lawyer gives to those basic questions, what else could it be?) Similarly, divorce mediators, no less than divorce lawyers, accepted the assumption that in order to make informed decisions, the parties had to be represented by separate lawyers. In short, divorce mediation saw itself as being exactly what our adversarial legal system cast it as being, namely, an alternative means of dispute resolution—simply a different road to get to the same place. The second error has had just as significant an effect on mediation practice. This has been to allow concerns that have nothing do with divorce mediation to insinuate themselves into its practice. Let me give an example. One of the things that we have witnessed in the last several decades has been the politicalization of divorce, and divorce mediation has not been immune to it. Thus, one of the most pervasive concerns in the field has been the supposed power imbalances between the parties in mediation (really, the supposed problem of the more powerful husband and the less powerful wife). When those advancing these political concerns did not feel that the term “power imbalances” was compelling enough or gender specific enough to serve their purposes, they substituted for it terms that were more gender specific and also more alarming. Thus, the concern was now voiced in the name of spousal abuse and domestic violence. The second concern was a little different. Although, by definition, a mediator’s function is to be a neutral third person, which means to be an advocate for no special cause, many mediators came to their work with such a special cause. In some cases, those special causes were merely “additive,” as was the case with those who wanted to add a spiritual dimension to the mediation by introducing a ceremony at its conclusion, or with those who wanted to add the assurance that children’s interests were being vouchsafed, by bringing children into the mediation. In others, however, the special cause was seen as being more important than the original one and therefore supplanting and preempting it. This was the case, for example, with “transformative mediation,” whose authors argued that the resolution of the particular issue (what they referred to as a mere “satisfaction story”) was not the most important purpose that the mediation could serve. Rather, it should serve as a means to transform the parties them

A graduate of Columbia Law School, Lenard Marlow has written numerous books about divorce mediation, including The Handbook of Divorce Mediation (with S. Richard Sauber, PhD), Divorce Mediation: a Practice In Search of a Theory, and The Two Roads To Divorce. His next book, Metaphors For Mediators: Constructing a New Picture of the World of Divorce, will be published in early 2010.