. . . from oppression to reconciliation 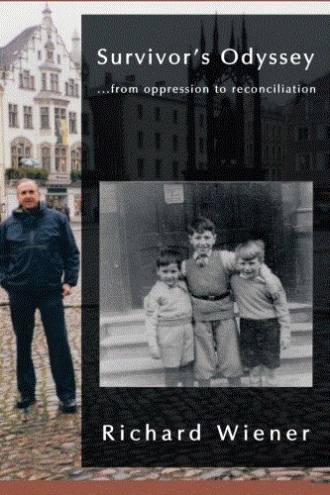 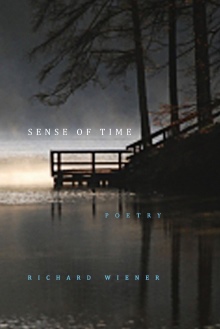 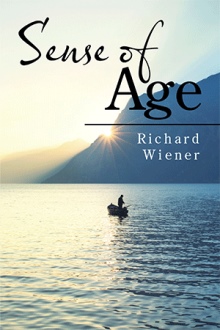 EXCERPTS FOR WEBSITE (Survivor’s Odyssey – BID # 112614) As I sit by my window, gazing out over the autumnal park, the turning leaves straining in the gusting west wind, and a suggestion of morning sun stippling a clump of trees in the near distance, my thoughts return to the view from my childhood room on Lutherstrasse, a bourgeois, cobblestone-paved street in Wittenberg lined with neatly spaced lindens. How tranquil it all seemed then. Like other early childhoods contemplated late in life, mine seems idyllic in retrospect. A cozy home, devoted parents, playmates and relatives nearby. Who could have predicted then that Wittenberg, this ancient town, the cradle of the Protestant Reformation, would soon, like the rest of Germany, be swept up in the fanaticism and hysteria of National Socialism? When did I first realize that I was not just another German child, that I was merely tolerated, later reviled, and finally cast out? How strange it seems now that it took so long for me to comprehend that what was happening to me and my fellow Jews was extraordinary. ************** Finally, in November 1938, all the accumulated hatred reached critical mass. And the dry tinder was ignited by an assassin’s bullet. The son of Polish Jews, enraged by his parents’ deportation, shot an attaché at the German Embassy in Paris, and this provided a sufficient pretext for what came to be known as Crystal Night (Kristallnacht), the opening salvo of the Holocaust. The official story was that the assassination so outraged the German people that they could not be restrained from seeking revenge. The truth is that, in a clearly coordinated effort across the entire country, synagogues were set afire, Jewish shops looted and destroyed, and Jewish homes invaded and destroyed. A mob mentality nurtured for years had, at long last, found its focus in action. ********************* In the late ‘40s, hitchhiking was still a viable option. I was now in civilian attire, and I knew that drivers, even those open to hitchhikers, had to decide on a dime whether to stop. Most of those who picked me up whizzed past, screeched to a halt twenty yards further on, and watched me run to catch up. Once I got into the car, they checked me out and asked a few questions before deciding whether I was a keeper. Over the succeeding months, I learned a lot about people. Because I was a stranger whom they would never see again, many shared with me confidences that they could not share with family, friends or people in their communities. They told me of their addictions, their adulteries, their sexual proclivities. It wasn’t because of who I was. Out of a deep need, they would have shared these confidences with almost anyone. And at times, it was uncomfortable for me to listen. I wanted them to stop talking, but I needed the ride and kept my mouth shut. ******************* Aware that I would have to work part time, I answered an ad and landed a job with the Whelan’s chain of drugstores as a “soda jerker.” I worked two eight-hour shifts, one on Wednesdays from four to midnight, the other on Saturdays. Since I was low man on the totem pole, my employers felt free to shift me around from store to store as vacancies occurred. Most of my colleagues were unskilled drifters who worked only long enough to save a few bucks; few were college students like me. But I was soon disabused of any idea that this gave me special status. The best I could hope for was the occasional gig at an upscale location, but I was just as likely to be sent to a hellhole like the notorious hangout for pimps and drug dealers at the corner of Eighth Avenue and 42nd Street. The pay was lousy, the tips few and far between, but what I learned about people was a valuable adjunct to what I learned in my college classes. ************************* Until about 30 years later. He was by now a gr

My life has been a journey from victimhood to life affirmation. A child survivor of the Holocaust, I lived for six years under the Nazi regime, and, as the only Jew in my school, was harassed by my Hitler Youth classmates on a daily basis. In November 1938, my father was shipped off to concentration camp, and I witnessed the destruction of my home by Nazi thugs. A few months before the outbreak of World War II, I escaped to England with the famous Kindertransport and, when the bombs began falling on London, I was evacuated with my school and lived for a year with an English foster family. In 1940, at the height of the Atlantic U-boat campaign, I sailed for New York with my parents. After service in the U.S. Army, I worked my way around the west at hard labor jobs, then studied at Columbia and Princeton, and ultimately became an international patent lawyer. My original ambition, to become a novelist, was not fulfilled. I live in Rockville, Maryland, am divorced, and have two children and two grandchildren. I have traveled widely and consider myself a citizen of the world. In my ‘80s now, I am active in The ManKind Project, a men’s organization conducting transformational trainings on four continents, as a community leader, group facilitator and mentor. Having been honored by my German home town, and having experienced reconciliation with my former Hitler classmates, I now speak widely on that subject, and conduct a workshop called The Power of Forgiveness. While I have never experienced “survivor guilt,” I do attempt to conduct my life so as to be worthy of my survival.