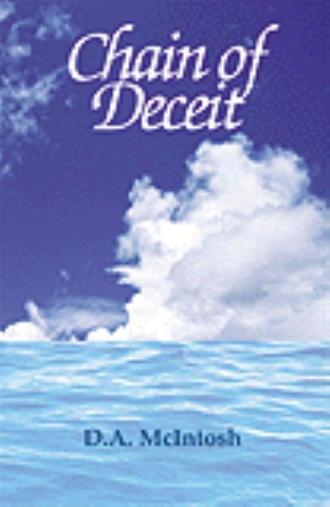 It was fifty years ago when Captain Elmer Bronsly departed New York Harbor on his final voyage aboard the cargo ship MaryJean. The events that lead up to the voyage and the trip itself may have changed the course of history. He had a cargo of war supplies and three large crates marked Top Secret that was guarded by a squad of marines. He received special orders to drop out of the convoy and to deliver one of the crates to a German U-boat at a specific time and place on his North Atlantic route. He was to ask no questions, just follow orders. The orders came from the War Department. The other two crates and the rest of the cargo was to be delivered to England as planned. But things went wrong, very wrong.

Now fifty years later the events of that voyage are causing a ripple effect in the very fabric of the United States government. Davin Pierce has been hired to research the mystery around the cargo ship MaryJean and why some of her cargo has turned up in a warehouse in New Orleans. Teaming up with FBI agent Connie Young they embark on a adventure neither of them bargained for. Meanwhile on the other side of the Atlantic Ocean a World War II Gato class submarine is discovered intact resting on the bottom of the ocean. The discovery of the submarine causes a stir in the Pentagon and several high ranking officers start to worry that the sub will be salvaged. Salvaging that submarine could link them to the black-market and they can not let that happen. The dilemma is to prevent its salvage but salvage operations had already begun.

Naval records showed she had disappeared in 1944 while on a covert mission. In reality she never was lost, just had a change in mission from wartime to black-market. She was in service running guns and other illegal material until she mysteriously disappeared while returning from a delivery to Nigeria.

Nigeria, a once peaceful country was now being run by a ruthless dictator. His terrorist activities have been linked to bombings all around the world. The most recent being the near destruction of a U.S. Nuclear submarine. And now he has acquired atomic technology and plans to use it.

Chain of Deceit is a hard-hitting techno-thriller of the highest caliber. A complicated plot mixed with unforgettable characters lead us through a breathtaking race against overwhelming odds. Running against a black-market ring that is so deep in the United States government that its extent may never be truly known. And they control the most powerful military forces in the world.

D.A. McIntosh is a retired Army Military Intelligence First Sergeant with over 20 years of service. He is, among other things, a pilot, scuba instructor, amateur photographer, father and grandfather. He also teaches graduate programs in computer and telecommunications technology and management at a local university. Living in Arizona has provided a multitude of experiences in flying, photography and camping, but not much scuba diving, without travelling to the coast. He is the author of ‘Chain of Deceit’ published by Xlibris. When not writing he spends time flying around the southwest, camping and combines his photography with everything he does.