Through Madness to Deliverance 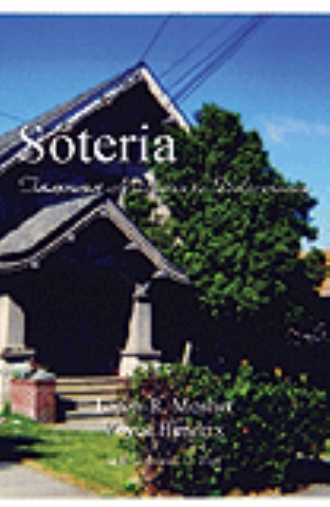 This is the story of a special time, space, and place where young people diagnosed as “schizophrenic” found a social environment where they were related to, listened to, and understood during their altered states of consciousness. Rarely, and only with consent, did these distressed and distressing persons take “tranquilizers.” They lived in a home in a California suburb with nonmedical caregivers whose goal was not to “do to” them but to “be with” them.. The place was called “Soteria” (Greek for deliverance), and there, for not much money, most recovered. Although Soteria’s approach was swept away by conventional drug_oriented psychiatry, its humanistic orientation still has broad appeal to those who find the mental_health mainstream limited in both theory and practice. This book recounts a noble experiment to alleviate oppression and suffering without destroying their victims.

After studying at Stanford University, Loren R. Mosher received his MD from Harvard Medical School in 1961. His psychiatric training took place at Harvard and at the National Institute of Mental Health's Intramural Program in Bethesda, MD. After working with Anna Freud, John Bowlby, R. D. Laing, and others in London, Dr. Mosher served as Chief of the Center for the Studies of Schizophrenia at the NIMH from 1968 to 1980 during which time he designed and implemented the Soteria Project. He also established and was first editor-in-chief of the Schizophrenia Bulletin. In 1980, he studied Italy’s radical new mental health law. From 1981 to 1988, he was professor of psychiatry at the Uniformed University of the Health Sciences (Maryland). From 1988 to 1998 he was medical director of two county-wide public mental health systems in Maryland and California. Currently, he is clinical professor of psychiatry at the University of California at San Diego and director of Soteria Associates in San Diego. After earning his undergraduate degree in American Studies with a minor in sociology from California State University—Fresno, Voyce Hendrix, LCSW, took an MS in social work at the University of Wisconsin—Madison. Before completing his formal studies, he worked in the field of mental heath in state institutions, private hospitals, and community-support programs. Hendrix took part in research examining alternatives to treatment in psychiatric hospitals in the community (Soteria) and at the Mental Research Institute in Palo Alto. This research was funded by the National Institute of Mental Health. Hendrix also worked as a licenced psychiatric technician and served as an administrator. He is now a licenced clinical social worker practicing in Wisconsin. His 40-year career has offered him comprehensive experience with a wide spectrum of services and models for helping those who suffer and experience alternative states of reality and has taught him that there are no simple answers for disturbed and disturbing persons in pain. Washington, D.C.-area freelance writer and editor Deborah C. Fort earned her PhD in comparative literature from the University of Maryland in 1974. After a decade of teaching English and writing at the college level, she turned full-time to writing and editing, specializing in science, education, and women's issues. Of the numerous books on which she has worked, she is proudest of her service as association editor on Gifted Young in Science: Potential Through Performance (National Science Teachers Association, 1989) and A Hand Up: Women Mentoring Women in Science (Association for Women in Science, 1993, 1995). Among other projects, she is currently working on a study of the influence of Paul F. Brandwein on science education in America.