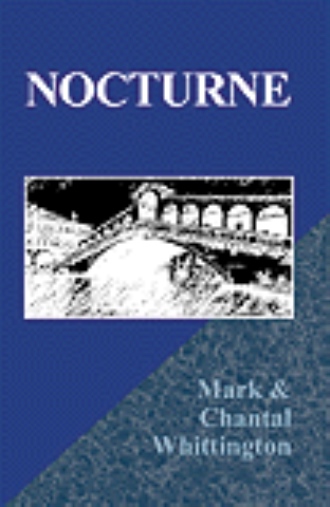 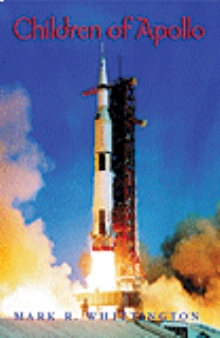 David Young, world renowned classical musician, was proud and pleased to be asked to perform at the 1987 Economic Summit in Venice. But the piece he would perform before the heads of state of seven Western nations, Murchison´s Nocturne, might set in motion events which would destroy the world.

David, along with his wife Dr. Allison Young, journeyed to Venice in a happy frame of mind. His happiness seemed only expanded when he met his old friend from college, Richard Mannheim, head of security for the summit.

But soon David and Allison were embroiled in a conspiracy to change the outcome of the Cold War. It was a conspiracy with origins in a Hanoi torture chamber over fifteen years before.

The Youngs planned to stay in Venice for just a week. Before that week would be over some lives would be destroyed and others changed forever.

Before that week would be over all life, everywhere, might be destroyed.

Nocturne is a novel of suspense set during a crucial time during the end game of the Cold War. One critic has called the story "Nick and Nora Charles meets the Manchurian Candidate." Once started, you will not be able to put the book down.

An Interview with the Authors

A. By a fascinating coincidence we visited Venice about a week before the 1987 economic summit. Venice has been a place of intrigue and mystery since the Renascence. And then we had a situation in which there were all of those world leaders there at the same time. The idea just grew from those circumstances.

Q. So why another thriller about the Cold War? Isn´t that passe´?

A. The Cold War is, thankfully, history. It was however the supreme fact of most of our lives. You might think of Nocturne as a kind of historic piece. The struggle with the Soviet Empire was as important, in it´s own way, as the struggle with Nazi Germany. The Cold War decided that democracy and capitalism would be the wave of the future.

Q. But why set the novel during the Reagan administration? That´s rather recent.

A. Because that was when the end game of the Cold War was played. We now know from books like Jay Wink´s On the Brink and Peter Schweizer´s Victory that the Reagan administration played an active role in the downfall of the Soviet Empire. It´s one of the great untold stories on our age. So keeping that in mind, what if a group of Soviet hardliners perceived what was happening and tried to reverse it? That´s the underlining story of Nocturne.

And also remember what Gorbachev was doing at the time. He had just learned during the arms control summit in Reykjavik that Reagan was not going to give up SDI. Gorbachev and many other Soviets concluded that SDI would swing the balance of power thoroughly to the side of the United States. The Soviet Union only had two choices. The first was to attack before SDI was deployed. That´s what the conspiracy we depict in Nocturne wants to do. But such an attack would have meant the end of the world. So Gorbachev choose the path of reform. And the rest, as they say, is history.

Q. When one proposes a movie idea, one sometimes compares the idea to previous films. Using this method, how would you describe Nocturne?

A. Kind of a cross between The Manchurian Candidate and Day of the Jackal, with a good helping of Hitchcock´s The Man Who Knew Too Much.

Q. What about research? It must have taken a lot.

A. We had the advantage of our memories of Venice just a month before the Economic Summit happened. We even have a photo of the landing ship Whitby Island docked with a Marine on guard. Aside from that, there were news accounts of the summit, and source material on everything from international terrorism to musicology.

A. Up to a point. We had to of course take some

Mark and Chantal have traveled extensively in England, Italy, and the Middle East. They live and write in Houston, Texas.