ON THE DEAD RUN

by Steven A. Simon 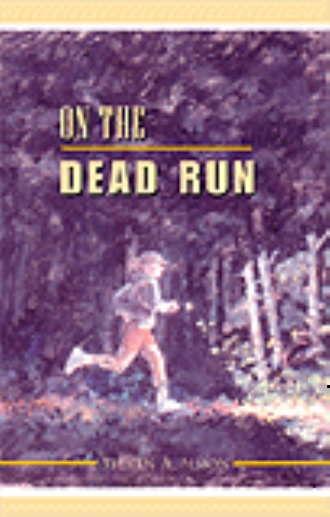 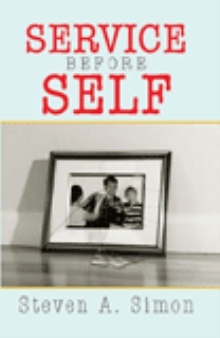 On the Dead Run is an action-packed murder mystery set in the modern-day Washington corridors of power and on the isolated forest trails nearby.  The book covers a pivotal three-month period in the life of Julie Davidson, an insecure but determined 31-year-old Congressional assistant, and her quest to be judged on her abilities and to prove to herself and others that she can make it on her own.

A key member of a moderate Republican Congressman's staff, Julie's political views have begun to clash with those of the office's top staffer, an influential conservative and ruthless infighter.  When a bill Julie disagrees with is introduced, Julie vows to fight for what she believes, even though that means putting her livelihood -- and ultimately her life -- on the line.

After a terrifying incident on the Washington subway in which she is threatened, Julie must deal with the fear and uncertainty of not knowing the assailant's identity or motives.  Further complicating her life is the sudden and mysterious reappearance of militantly liberal Graham Phillips, the only man she'd ever loved.  Remembering the pain her hot-tempered lover had caused when he abandoned her eight years ago, Julie is hesitant to set herself up for further heartbreak, but finds herself being lured in by the charms of the unemployed and desperate man.

The good times are short-lived, however, as, after a heated argument, Graham storms out of her apartment moments before a controversial political leader, Doctor Floyd Powell, is gunned down nearby.  Graham, who has disappeared, is soon implicated in the slaying, sending Julie into a whirlwind of emotions and activity.  Julie loves Graham and wants to believe he is innocent, but she knows his political convictions and emotional volatility well enough to realize he could be capable of such a crime.

In addition to dealing with the murder, the upcoming vote, and her personal safety, Julie is preparing to participate in a one hundred-mile ultramarathon.  An accomplished runner at races up to fifty miles in length, this will be Julie's first attempt at the daunting hundred-mile distance.  While training for a "century" is difficult under even the best of circumstances, Julie's preparation, particularly its mental aspects, is undermined by her life's events.

With her boyfriend on the run and suspected of the most high-profile murder in years, Julie is under extraordinary pressure.  Additional stalking incidents and threats terrorize her and send her into hiding.  Unable to believe the police detective's assertions that her lover committed the murder and is most likely responsible for the other incidents as well, Julie sets out to prove Graham's innocence.  Her only ally, and a reluctant one at that, is Air Force Major Mike Williams, a member of the local distance-running club.  Mike, whose easy-going and tolerant manner had contrasted sharply with Graham's strong beliefs and argumentative nature, does not share Julie's faith in Graham.  While supportive of Julie, Mike is unwilling to take any personal or professional risks to help her with the investigation.  Additionally, his rejection of Julie's romantic advance further shakes Julie's self-confidence and threatens to ruin what had been to that point her most valued friendship in Washington.

Determined to solve the crime and clear her boyfriend, Julie sets out to discover what she can about Doctor Powell’s past, searching for clues about who may have wanted to kill him.  Along the way, she uncovers closely kept secrets about Powell.  Through astute reasoning, dogged determination, and personal courage, Julie gets ever closer to the identity of a person who has a score to settle with Doctor Powell.

Steven A. Simon began writing during his 22-year Air Force career. He spent ten of those years assigned to Washington D. C., setting for this novel. While in Tampa, he earned a Graduate Certificate in Creative Writing from the University of South Florida. A graduate of the United States Air Force Academy, he lives in Colorado Springs, Colorado, with his wife and two children. This is his second novel, following 2000’s On the Dead Run (Xlibris Corporation).