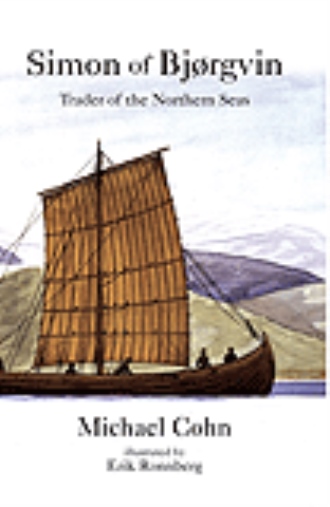 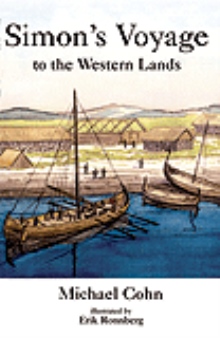 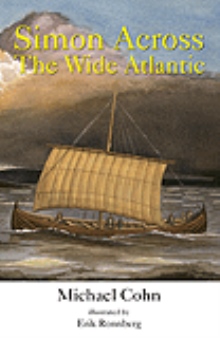 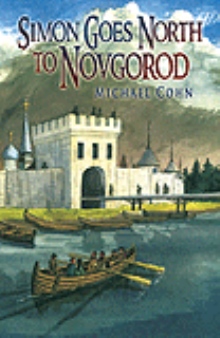 Simon, Trader of the Northern Seas, is a story of a Jewish boy living in eleventh-century Norway. This is a work of fiction, although much of it is based on fact. I hope it will stimulate comments, arguments, and questions; I promise to answer all I can. I have used much of what we can find out about life in Norway at that time. Archeologists have excavated Viking ships in Denmark and Norway, and modern sailors have sailed reproductions of these ships across the Atlantic. Archeologists have also excavated Viking towns in York, England, Bergen, Norway, in Ireland, and elsewhere. We know what the houses looked like, the tools they used, and the clothes and jewelry they wore. The Icelandic sagas tell of what people did in Viking times and what they say about why they did them. Much of what happened to Simon, his friends, and his enemies, is still true today. A stiff breeze filling the sails of our ship is one of my glorious memories. So is the sight of a net full of fish being brought aboard our trawler, the glint of gold in my pan in the Arctic, and the discovery of artifacts, centuries old, right behind the palace of his royal majesty, the prince of Wales. Much less pleasant are the memories of the famine in Europe after a war, the look of armed and lawless men willing to inflict pain for nothing more than the price of a meal, and the North Atlantic smashing a beautiful boat into fragments on a rocky shore. The helpless feel of people who have lost home and family and no longer know who they are or where they belong remains in my mind and Rebecca is very real. All of these things went into the writing of this story. So did the meeting with a Saami woman, dressed in brilliant blue with red and yellow ribbons, whom we did not see among the trees until she stepped into the open roadway. Sammy has been given her gift. There is also much we do not know of the eleventh-century world and the northern seas. We cannot read the tally sticks that have been found. Except for the Domesday Book commissioned by William the Conqueror for England, there are no census records so we cannot be sure there were Jews in Norway. The power of the church and the number of people who retained their belief in the old Norse gods is a subject of much dispute. Bjorn’s chessmen and their magic are my own invention, although the Viking chessmen in the British museum are frightening enough. I own a set of reproductions. I do not play chess with them. I must apologize to the ghost of Jarl Torson. I do not know if he was as brutal as I have pictured him, although his father certainly was. On the other hand, I make no apology to the shades of the town councilors of Bjorgvin. I have met too many politicians of their stripe, and politicians haven’t changed throughout history. I hope people will enjoy this book, people of all ages. I hope people—of all ages—will enjoy this book.

Michael Cohn, anthropologist and teacher, has travelled on fishing boats, coastal steamers, and coast guard vessels along many shores of the North Atlantic. He has visited northern Scandinavia, the Shetlands, and Iceland as well as York, England and Bergen, Norway, where much of the action of this novel takes place. As guest curator, he has created an exhibit of the Jewish sea traders of the twelfth century at the Yeshiva University Museum in New York City. Illustrator’s Biography Erik Ronnberg is a professional model boat builder whose ships, paintings, and research articles are widely known.