The Book of Mev 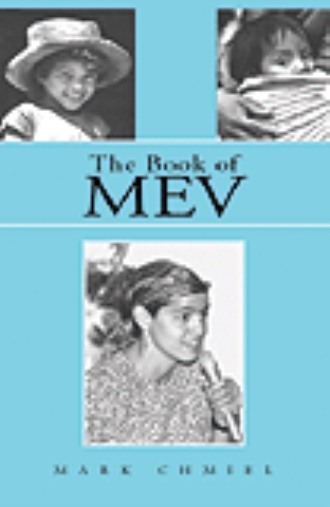 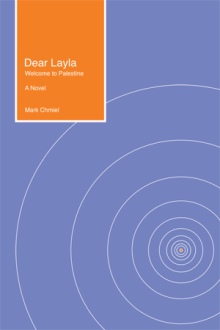 The Book of Mev is the story of Mev Puleo, an American photojournalist and young Catholic who actively confronted a world of injustice, poverty and violence. From witnessing homelessness in the United States to struggles for social change in Haiti, El Salvador, and Brazil, Puleo used photography and interviews to be a bridge between poverty and affluence, the First World and the Third World. Puleo’s familiarity with suffering, however, was dramatically intensified when she was diagnosed with a malignant brain tumor at the age of thirty-one. She died twenty-one months later. In his book, All Saints: Daily Reflections on Saints, Prophets, and Witnesses for Our Time (Crossroads, 1997), Robert Ellsberg placed Mev Puleo -- a “witness of solidarity” -- alongside the Hindu Mohandas Gandhi, the Jew Anne Frank, the French writer Albert Camus, and many traditional Catholic saints. While in his two pages, Ellsberg hinted at Puleo’s short life of passionate integrity, The Book of Mev chronicles her soaring and searing journey as a photographer, person of faith, and woman in love. Puleo’s husband, Mark Chmiel, author of a critical study of Holocaust survivor and writer Elie Wiesel, portrays his wife’s passion, playfulness, drive and weaknesses with candor and sensitivity. A personal love story, political commentary, and religious odyssey, Part One of The Book of Mev covers the genesis of Chmiel and Puleo’s relationship; their graduate studies in theology and travels to Brazil, El Salvador, Haiti and Israel/Palestine; their wrestling with the challenges of faith, engagement with social injustices, and decision to marry. Part Two deals with the diagnosis of Puleo’s tumor and subsequent surgery, and her own struggle to recover and, eventually, face her imminent death. Part Three concludes with Chmiel’s efforts to grieve and give thanks, remember and let go. Written in short chapters, the story of Mev Puleo’s life, suffering, and death is structured around several recurring themes such as accompaniment, bearing witness, community, prayer, reading, and remembering the dead. These often appear in new contexts, giving the reader a deeper appreciation for their essential place in all our lives. The memoir is multivocal as the author’s voice gives way frequently to Puleo’s, and her voice makes room for her interviewees, in addition to the testimonies from friends as well as human rights workers. In addition, Chmiel and Puleo explore the wisdom of Catholic women activists as well as contemporary religious figures such as Elie Wiesel and Buddhist teacher Thich Nhat Hanh. Further, the many genres appearing in the book, which add a rich texture to Puleo’s quest for authenticity, include story, Congressional testimony, prayers, poetry, interviews, love letters, reminiscences, and eulogies. While the photographs in the book are mostly those taken by Puleo during her travels abroad, Chmiel includes a few of Puleo herself, both in her radiant health and during her growing illness. Thus, Puleo and Chmiel’s photographs reveal both beauty and pain, in the struggling poor and in Puleo herself. Mev Puleo’s life was an ardent search for faith, hope, and love. The Book of Mev explores many varieties of love including that between a woman and man who teach and learn from each other, as well as the communities they are blessed to be part of. Puleo’s own compassion in the face of so much social suffering and her joie de vivre even as she battles with cancer provide an unusual portrait of a young person’s grappling with death and life’s ultimate questions. As a college student, Ms. Puleo wrote: “When I was in my early teens, a thought took hold of me. Jesus didn’t die to save us from suffering — he died to teach us how to suffer, to be with us in our every anguish and agony, to give meaning to our pain. . . . Sometimes I actually mean it. I’d rather die young, having lived a life crammed with meaning than to die old, even in security,

Mark Chmiel is adjunct professor of Theological Studies at St. Louis University and adjunct professor of Religious studies at Webster University. He is the author of Elie Wiesel and the Politics of Moral Leadership (Temple University Press, 2001). He recently returned from ten weeks in Israeli-occupied Palestine, where he worked with the International Solidarity Movement. He is a member of the Core Community of the Center for Theology and Social Analysis and a volunteer with the Karen House Catholic Worker in St. Louis, Missouri.