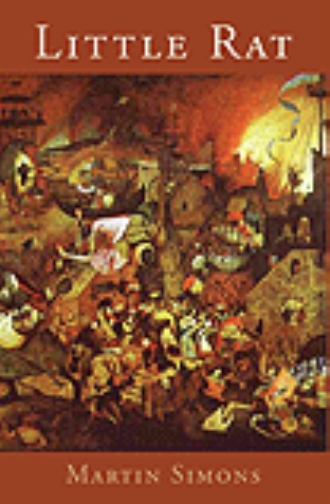 About the novel
By the author

Some years ago I heard a radio talk by an ardent feminist who was attempting to explain the nature of men and their attitudes to women. She was generalising wildly and unwisely, but some of what she said struck a chord. A man, she said, had essentially four ways of looking at a woman. She might be a mother to him, someone to whom he could run like an infant for soothing when in trouble or pain. She might be a whore, available, at some cost, for gratification of his lust. She might be a helpless waif needing his strong guardianship and protection. Or she might be a wife who, in this speaker’s view, must, if she is to please him, be all these in one person.

I admitted to myself that at some time or other in various circumstances I had experienced the kinds of masculine feelings she described. Yet I quickly found reasons to deny most of her thesis. There are so many other ways in which men interact with women. She said nothing about women as mothers of men’s children, as colleagues, employers, as teachers and students, as daughters, aunts, cousins, mothers-in-law, competitors in work and sport, pilots, scuba divers, adventurers, researchers, writers and so on and on. Most of the women I had met in my life I could not fit anywhere neatly into her fourfold classification.

Nor can anyone generalise safely about men. In defence of my sex, I could not accept that most men, or even a large proportion of them, see women in such ways. Things are much more complicated than this. Most importantly, nothing was said about people growing and developing. Men and women are not the same, vive la difference! But neither are any individuals the same now as they used to be. People learn, develop and change. A boy does not have to grow into a pig and a rapist. A girl is not bound to be a whore, a mother or a wife. There are choices, decisions to be made and, to some extent at least, within obvious limits, we come what we have chosen to be.

But my basic urges were there. I fantasised. Might a man come across, perhaps actually stumble over, a waif, say a young female child in desperate and urgent need of care, apparently on the point of death. What might he do? What would I do?

Suppose he did save her from whatever disastrous situation she was in, what next? It would depend much on what kind of man he was, but surely on her too. For she, if I was right, once saved, would not remain helpless. She might not be content always to depend on him, submit to his guidance, allow him to stand always protectively over her. She would grow, mature, become a real woman, perhaps a powerful and strong character, not the weakly creature of some defective and immature male imagination. Such a growing person would surely influence the man too. What might he become?

This was the beginning of my story. I invented a situation and imagined a girl. I devised a young man, one who may resemble me a little as I was in my youth. From there the story took off, developed and elaborated in ways I had not expected. The characters seemed to behave as they, not I, chose. I felt, as author, that I had little control of them.

The issues raised within the tale, are difficult. They are not resolved nor even fully addressed here. The people, fathers and mothers, whores and daughters, boys and girls, find ways of living with their problems and despite them, they grow and make something of themselves.

The author English born, Martin Simons was Jean’s husband and the father of two lovely daughters, Patricia and Margaret. He is a glider pilot, was a school teacher, writer and university lecturer. He has published numerous non-fiction articles and books, some academic but mostly about gliding and related matters. He rates these interests in descending order of importance which explains why he did not become a high ranking Professor. But he has had lot of fun. Now widowed and in retirement he continues flying and writing. He thought it about time to write a novel. This is it. It isn’t about gliding.