Driven by Flavor Fueled by Fire 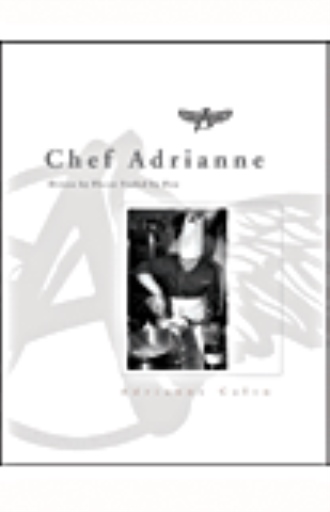 One of the most accomplished, respected, and charismatic chefs in the world, Adrianne Calvo has enjoyed a staggering number of accolades during her remarkable career which has only begun. At 24 years old, she has been recognized by the food industry’s most prestigious publications, established one of the best quality restaurants in South Florida, published two cookbooks, and was named one of the 50 Best Chefs in the World by Chef Report. In the Spring of 2003, Adrianne caught the culinary world’s eye when she won an Australian Culinary Competition and was taken to cook her award winning dish at the United Nations in New York City. Among the distinguished guests were Ambassadors, James Beard representatives, writers for Gourmet Magazine, Bon Appetit, Saveur, and Food and Wine. In addition, CNN Food Correspondents attended along with producers from Food Network. That year rocketed the young chef’s career to stardom. Adrianne catered the 2003 World Series for the Florida Marlins and simultaneously won the National Grand Prize for “Search for the Seasoned Chef.” In 2004, Adrianne graduated top of her class from Johnson and Wales University and went on to work at the luxurious 5-diamond Mandarin Oriental Hotel in Miami. This made her the youngest chef to work at property of this statute where a minimum of five to ten years of experience is required. However, Adrianne’s talent and perseverance granted her a stint that would allow her work under the executive chefs of each department. Her favorite was working under Patrick Lassaque, Executive Pastry Chef who had been the executive pastry chef of the Ritz Carlton in Paris for twenty years. It was there that Adrianne’s love for pastry was mastered. Later on that year, Adrianne left the Mandarin Oriental to take her passion for food to another level. She immersed herself in all things culinary and wine by going to Napa Valley California. There she honed her craft under Chef Thomas Keller and Chef Cindy Pawlcyn, an experience that would change her perception of food forever. It was also there where the inspiration came for her cookbook, Maximum Flavor and her line of products, Maximum Flavor Essentials. The launch was an experience all its own as Adrianne brought her cookbook to life on a waterfront stage in Miami with tastings, dance music, and crowd giveaways entitled Maximum Flavor Live. At age 24, Adrianne is chef/owner of Chef Adrianne’s Vineyard Restaurant and Wine Bar, author of two cookbooks, and a motivational keynote speaker. Some of Adrianne’s television credits include the national public television series Master Class, Fox New Live, Fox and Friends. NBC’s South Florida Today, CBS This Morning, Univision’s Despierta America, and was featured on the Montel William’s Show two years in a row. She has co-hosted Food Talk with Chef Rocco Dispirito and has been a guest on numerous radio shows all over the country. Adrianne is very involved with St. Jude’s Children’s Research Hospital.