An Odyssey Through The Creative Process in Brief Meditations 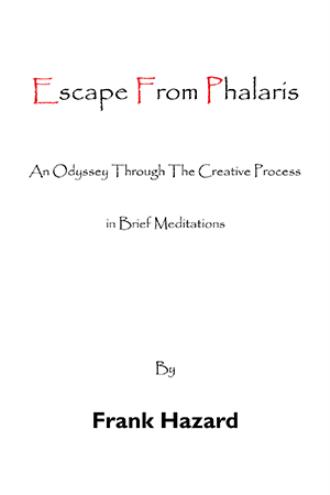 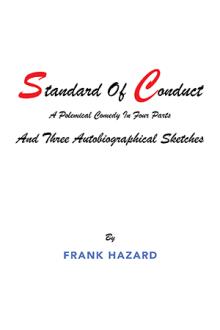 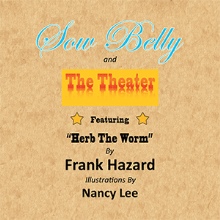 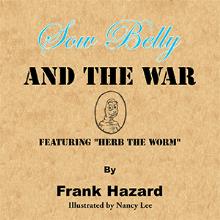 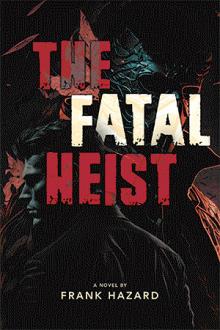 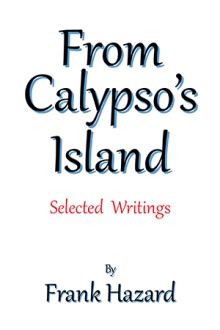 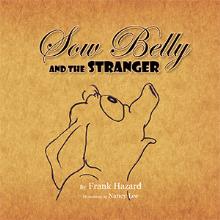 The title as well as the thematic impetus of ESCAPE FROM PHALARIS are derived from the legend of Perilaus and Phalaris as related by the ancient Greek satirist Lucian. Perilaus, a gifted sculptor, created for Phalaris, tyrant of Agrigentum, an ornate bronze bull reputed to be a magnificent work of art, into which was carved a secret chamber in which the tyrant imprisoned hapless victims. And victims, when flames were ignited underneath the statue, inside were roasted to death as their shrieks of agony were transformed into dulcet music through ancillary pipes attached to the beautiful statue. The first victim whom the tyrant, Phalaris, tortured was Perilaus, the artist. ESCAPE FROM PHALARIS comprises a deft and original concept of art and creative impulse, examining (among other eminent themes) the necessity of the solitary artist to transcend minatory environmental inhibitions—to escape, as it were, from Phalaris—that impede or negate his own profound freedom and purpose affirmed in the distant chance of artistic achievement. The book is divided into three parts. Part One comprises twenty sections of varied length including meditations, a dialogue, and analysis, and establishes essential questions and themes addressed and elaborated and fulfilled in the ensuing narrative. (For instance: the dialogue in Section 12 is a complete autonomous statement in itself, but it is also continued and developed in Part Three—Section 7, which is also a complete and autonomous statement in itself.) Themes addressed in Part One include the fundamental—and questionable—validity of critical analysis of art, and evaluations of time, history, authenticity and inauthenticity, science, aesthetic choice and compulsion, elaborated both analytically and among vivid poetic impressions that establish mood and raise questions and ideas and themes which, again, the overall narrative fulfills. Part Two consists of fourteen sections and it comprises a bridge (mostly but not exclusively analytic) that unites Part One and Part Three, although Part Two also is of course an autonomous independent statement of its own unified by themes including evaluations of aesthetic consciousness, intrepid analyses of journalistic and pedagogical criticism of art, a description of the Perilaus-Phalaris story from which the title of the book is derived, and the ardent spiritual and psychological processes out of which a solitary creator devises his art. Part Three comprises seventeen sections of varied length including meditations, a dialogue and analysis, addressing themes and questions and ideas previously approached and now conclusively and altogether fulfilled in the comprehensive pattern of the narrative. The dialogue in Section 7 is a continuation of the dialogue in Section 12 of Part One. Analysis, poetic impressions and dialogue unite to achieve a vigorous and comprehensive portrait and expostulatory vindication of aesthetic passion, struggle, individuality, compulsion and (solitary) aesthetic consciousness. Each section of every part is autonomous and can be read separately from the others but each section of every part is also absorbed by and unified within the comprehensive thematic pattern of the narrative whole. The reader section by section is drawn irresistibly into the narrative web and participates in the solitary agony and exultation of creative endeavor and the pain and peril and the affirmation of aesthetic deliberation and achievement. ESCAPE FROM PHALARIS comprises a provocative argument and ideas, vivid meditations and artistic impressions, two dialogues, and analyses, but it is also a suspenseful experience more thrilling and edifying than any similar tractual or fictive exposition could ever attain to be.

Frank Hazard is the author of ESCAPE FROM PHALARIS, an innovative study of art and creative endeavor, and SOW BELLY AND THE STRANGER, an illustrated children’s book. He was born on Sea Island, Georgia and raised in New Haven, Connecticut where his father was a member of the Athletic Staff at Yale University. An autodidact, he began to read widely at an early age. He has been a staff writer for various magazines and for many years he was a drama critic in New York City. Mr. Hazard has also been a literary critic and a general assignment reporter. Presently he lives in New York City with his wife Nancy Lee, who has provided the illustrations for his latest book, SOW BELLY AND THE THIEF.