Stage Performers Who Pioneered the Talkies 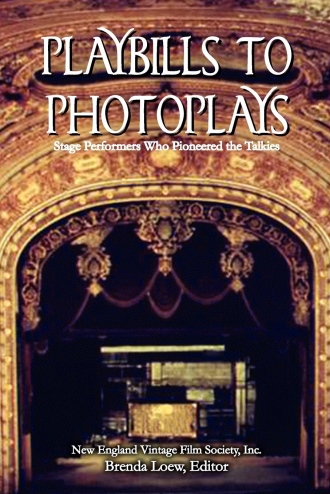 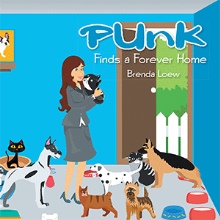 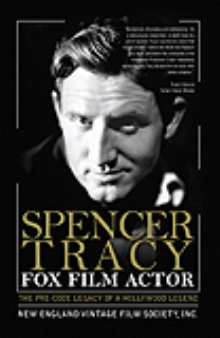 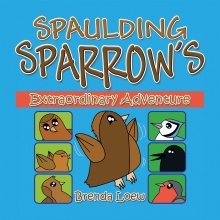 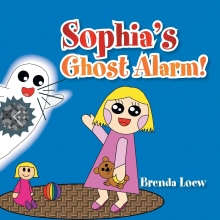 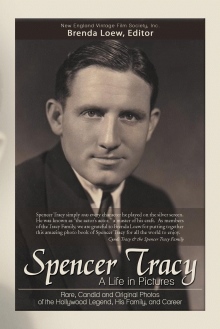 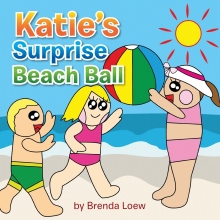 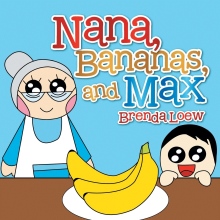 "They were pioneers in the most glamorous business in the world, and you only know half of their story. Playbills To Photoplays reveals colorful episodes in the lives of the stars before they became stars. Everyone saw them, but few knew where they came from. This collection of essays follows some of the most famous names in show business from Vaudeville and Broadway to Hollywood, revealing a part of their lives that movie historians have neglected -- until now. I think this book is terrific. It's a must read for any fan of the silver screen, and the days when movie stars were real stars." - Morgan Loew, great-grandson of Adolph Zukor, founder, Paramount Pictures, and Marcus Loew, founder, Loews Theaters and MGM.


"Ms. Loew's choice of performers to write about is amazingly diverse and fascinating, from character actors like Conrad Veidt to major stars like Katharine Hepburn. She has written a most compelling book about their transitions from stage to film... many of the stories new to me. Wonderful!" - Joan Benny, daughter of comedian, Jack Benny, one of America's greatest entertainment icons of the 20th century, whose career included vaudeville, radio, movies and television.

"A nice compilation of essays on film stars who made the transition from the stage to early talkies with essays on Al Jolson, Mae West, Eddie Cantor, Harpo Marx, Spencer Tracy, Clark Gable, Charley Grapewin, Ed Wynn, and the Morgans (Frank and Ralph). Some essays were much better than others - I loved the one on the Morgans, Burns and Allen, Harpo Marx, and Katharine Hepburn... I would highly recommend the book as it gives you a good idea what vaudeville and the Broadway stage was like in the early 20's and what it was about these stars that allowed them to make the transition." -Librarything.com

"....big stars as well as a raft of character actors, and decorated with dozens of striking photos...perceptive close-ups that make for vibrant film criticism...engaging profiles of Old Hollywood icons..." - Kirkus

"Performers attempting to breakthrough will find this book inspirational!" - An Aspiring Actor

Motion pictures with recorded sound --known as "talking pictures", or "talkies"--signaled the end of silent films and created some of the greatest entertainment icons of the twentieth century. Playbills To Photoplays: Stage Performers Who Pioneered the Talkies introduces a new generation to the real life struggles and careers of talented, hard working, early twentieth century vaudeville and stage entertainers who migrated to sound film. Twenty-eight essays and over one hundred photographs examine the actors before, during, and after the revolutionary new sound film technology catapulted many of them to superstardom during Hollywood's Golden Age. Playbills To Photoplays: Stage Performers Who Pioneered the Talkies explains the social, political, economic, historical, and cultural issues that shaped each performer's body of work, acting technique, persona, and public following over time.

Brenda Loew, a former tenured public school speech therapist, is President, New England Vintage Film Society, Inc. (www.nevintagefilm.org). Brenda carries on an historical connection to show business as the great-niece of the late entertainment mogul E. M. Loew. Brenda’s recently endorsed books are Spencer Tracy, Fox Film Actor: the Pre-Code Legacy of a Hollywood Legend; Playbills to Photoplays: Stage Performers Who Pioneered the Talkies; and Spencer Tracy, A Life in Pictures: Rare, Candid and Original Photos of the Hollywood Legend, His Family, and Career. Brenda is also the author of Sophia’s Ghost Alarm!, a children’s picture book for ages 2 - 4+ that tells a bedtime story to help very young children feel safe in their new, “grown-up” beds; Spaulding Sparrow’s Extraordinary Adventure, written for children ages 3 - 6, about a fledgling male sparrow who unexpectedly falls out of the nest and survives to eventually return home and tell his mother and baby sister all about his extraordinary adventure and Nana, Bananas, and Max, for ages 3-5, about fussy eater Max who won’t eat at his grandparents’ house. His nana and papa take Max to the market where he makes a nutritious food choice and can’t wait to eat! Brenda Loew’s books are sold on Amazon.com, BarnesandNoble.com, and Xlibris.com.