Tritiya-Prakriti: People of the Third Sex 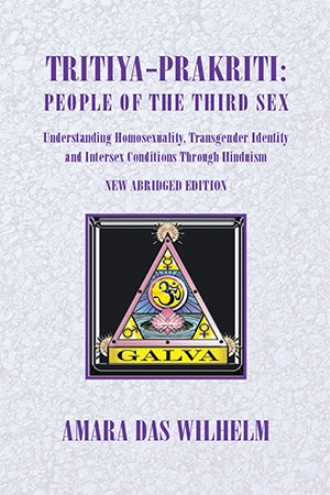 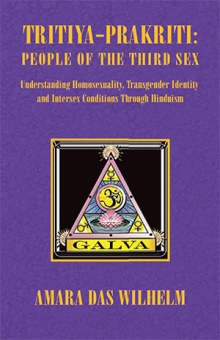 Tritiya-Prakriti: People of the Third Sex is a collection of years of research into a topic seldom discussed or easily found within the Hindu/Vedic scriptural canon. Based entirely upon authentic Sanskrit references and modern concurring facts, the book guides us through the original Hindu concept of a "third sex" (defined as homosexuals, transgenders and the intersexed), how such people were constructively incorporated into ancient Indian society, and how foreign influences eventually eroded away that noble system. It discusses how this concept can be practically applied in today’s modern world, the importance of all-inclusiveness in human society, and the spiritual principle of learning to transcend material designations altogether. Tritiya-Prakriti: People of the Third Sex will be a valuable source of reference for anyone interested in Hindu/LGBTI studies whether they are newcomers to the field or seasoned veterans of Vedic knowledge. It offers a veritable treasure trove of fresh information and ideas that will likely challenge the reader to rediscover and rethink Hinduism’s traditional understanding and treatment of gay, lesbian, and other gender-variant people within its culture.

"The recognition of a third sex in ancient India and Hinduism is highly relevant in many ways. Our own modern-day society has only recently begun to understand sexual orientation, transgender identity, and intersex conditions, and our legal and social systems are just beginning to catch up with and accommodate such people in a fair and realistic way . . . yet ancient India had already addressed and previously resolved this issue many thousands of years ago in the course of its own civilization´s development. Indeed, there is much we can learn from ancient India´s knowledge regarding the recognition and accommodation of a 'third sex' within society."

"In India there is a system where such people (the third sex) have their own society, and whenever there is some good occasion like marriage or childbirth, they go there and pray to God that this child may be very long living."

"Gay and lesbian people have always been a part of society from Vedic times to our postmodern times. They should be accepted for what they are in terms of their sexual orientation and encouraged like everyone else to pursue spiritual life."

"Initially, I did not really allow myself to go deep in trying to understand the third sex. I figured that this was necessary only for those who are insensitive, arrogant and fundamentalist . . . who think that they are compassionate and tolerant while basically being superficial and even condescending. It is quite amazing how most of us can be so prejudiced about so many things and not even know it . . . .I thank you and several others for your compassion and for your tolerance in making efforts to educate your Godfamily, so that we can be more authentic servants of the servant."