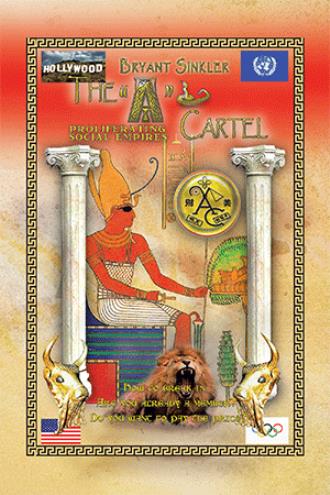 "I read your book, The "A" Cartel, with both pleasure and profit. Mr. Sinkler has kept his eyes wide open in the corridors of privilege and generously offers the reader the fruits of his observations."

Living the ideal ambitious life is a reality for The "A" Cartel. They seem to have it all, The "A" Cartel:influence, beauty,money, intelligence, power, success and more. Were personalities such as Rita Crundwell, Monsignor Nunzio Scarano, Leonard Glenn Francis and Marco Antonio Delgado seduced by the allure of The "A" Cartel? After all, Pandora's box was a tease.

Since ancient civilizations to the circulation of today's global elite, triumphs are desired. Likened to the architects of The Great Sphinx, riddled mystery and tenacious synergy, establish The "A" Cartel. Life's past, present and future in the hands of the accomplished and select. How well do they manage their own lives while attempting to control others? You will learn more about yourself. Actually, you could be "A" Cartel: Khodorkovsky's release, Thomas Jane's mindset concerning sexual nature and the fate of Gu Kailai. The"A"Cartel mentality; quite possibly an adhesive for the psyche of Hong Kong Tycoons, Illuminati, Freemasons, Bilderberg Group, Ndrangheta et. al. Who do they think they are? The "A" Cartel reigns but there is always a price to pay! Monetarily it was $47.4 million for the Las Vegas Sands. Perhaps a desired entry for the Barcenas 'secret papers'?

The New York Times indicate the practice of a calculating association, in an interesting article entitled The College Sports Cartel. This aspect of Cartel deals with collusion involving O.P.E.C and the NCAA, Who really, makes these decisions imposing business sanctions?

Bryant Sinkler is a graduate of California Baptist University where he majored in Public Administration and minored in Behavioral Sciences. While at university he served as Student Body President and holds a Bachelor of Arts degree. He has worked as a student affairs professional via the Office of Residential Life at the University of California, Los Angeles and the Leysin American School in Switzerland. His experience working in sales, at PNC Bank as a Financial Services Consultant exposed him to the numbers game. He experienced guided tours at Harvard, Princeton, Yale, Stanford, Cambridge universities, the Vatican in Rome and the United Nations. He founded the West Coast Club, an accomplished civic/social organization, composed of collegians and young professionals dedicated to community service. He has also worked in the fashion industry, qualifying models, organizing shows and special events. Despite his exposure to academia proper he has an appreciation for superficial jet set sociality. He has enjoyed an exhilarating nightlife at such venues as :Stringfellows in London, P1 in Munich to Caligula’s in Rio. Not to mention improving the art of conversation at the cafes of Paris! A former resident of Beverly Hills, California and South Beach, Florida he currently resides in Pennsylvania and on Cape Cod. His television appearances include E entertainment’s Wild On, Telemundo and Miami & the Professor.