The Kennedy Assassination/ A Historical Novel 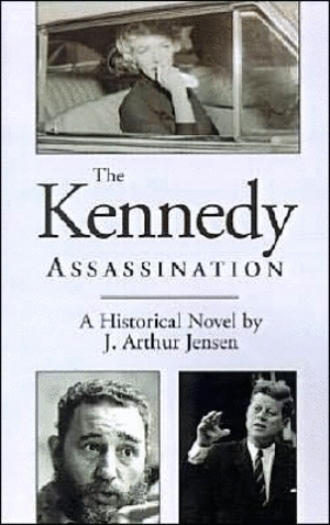 Their love affair has haunted a generation. In 1962, Marilyn Monroe and John F. Kennedy engaged in a relationship which simmered just below the threshold of public exposure. And then, within 3 months of her acclaimed appearance at the President’s birthday party, Marilyn Monroe mysteriously died. Was she the hollow voiced seductress of her Hollywood image, easily molded by the men she loved, or was she a woman of her own values and interests intent on getting her way? Did she die because of an accidental overdose or was the overdose anything but accidental? To attempt to understand the death of Marilyn Monroe, one must also understand the historical and political fabric of the early 60’s. At the end of World War II, Americans were shocked to see their Russian allies occupy Eastern Europe. The black or white, good or evil decision making of opposing the Nazis was transferred to opposing the Communists. John Kennedy reflected the mood of his time in standing firm against Communist expansion. No where was Communist expansion more obvious to Americans than on the island of Cuba. Formerly a problem confined to Europe or Asia, the Cuban Revolution brought Communism to the Western Hemisphere. Within 90 days of assuming office, John Kennedy allowed the C.I.A. to attempt to overthrow the Communist Government by landing 1500 Cuban exiles at the Bay of Pigs. The invasion was a complete disaster and Kennedy accepted personal responsibility for its failure. Overthrow a Communist government with 1500 men? America’s post war generation was astonished. Was Kennedy too inexperienced for the job? What possible chance did 1500 men have against a standing army of more than 25,000? There was another part of the plan which the President could not reveal, but which is now firmly established as historical fact: the United States was planning to kill Fidel Castro. After the failure at the Bay of Pigs, John Kennedy moved his brother, Attorney General Robert Kennedy, into the position of directing the effort against the Cuban regime. The plans to assassinate Castro were not canceled, but rather further developed and pushed forward. Marilyn Monroe, reigning film sex goddess and First Girlfriend to the President, had just finished one of the first commercial movies to ever address animal rights. Like many in the movie business, Marilyn had sympathies for the Communists. After learning about the American plan to kill Castro, Marilyn went to Mexico where she met with a known Communist and possible informant, Frederick Vanderbilt Field. Marilyn’s F.B.I. files document this meeting, but remain classified. Marilyn’s subsequent contacts with President Kennedy, in Palm Springs and in New York, were also documented by F.B.I. reports which remain secret from the public. Following a meeting with J. Edgar Hoover, President Kennedy abruptly cut off his connections to Marilyn Monroe in late May, 1962. She was subsequently fired from her job, beaten in her home, drugged and threatened at Lake Tahoe, before she mysteriously died on August 4, 1962. Did Marilyn Monroe see that President Kennedy´s plans to assassinate Fidel Castro might backfire? The Kennedy Assassination explores one of the most controversial historical hypotheses of our time.

J. Arthur Jensen graduated from Harvard College and Yale Medical School. Following training in surgery at Stanford University, he specialized in plastic surgery at U.C.L.A. where he currently serves as an assistant clinical professor. This is his first novel.