A DAUGHTER’S MEMOIR OF GROWING UP BAHÁ’Í 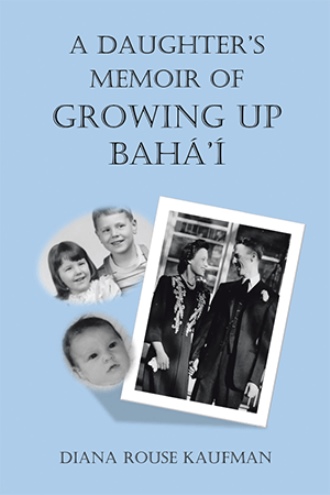 Ray and Estelle Rouse became Bahá'ís in 1941 and raised three children who also became Bahá'ís. Over the course of sixty-two years of marriage, they lived in Washington DC, Virginia, Pennsylvania, Ohio, New Jersey, New Mexico, Puerto Rico, New York, North Carolina, and Arizona, and traveled to England, Israel, Italy, Spain, Guatemala, and Mexico, visiting Bahá'ís and teaching the Bahá'í Faith wherever they went. From humble beginnings on a shoestring budget, they managed to educate their children and pursue their own dreams as well. Estelle was a prolific writer working on her autobiography at the time of her passing at age eighty-seven.

Ms. Kaufman draws on Ray and Estelle's own words to tell this story of one family's journey through the twentieth century that took them from post-World War I to space travel and beyond, from the civil rights era to the computer age. As the last remaining survivor of her birth family, she shares the story of her parents' conversion to the Bahá'í Faith and takes a light-hearted look at how their faith affected family life, parenting styles, and the changing relationships within the family.