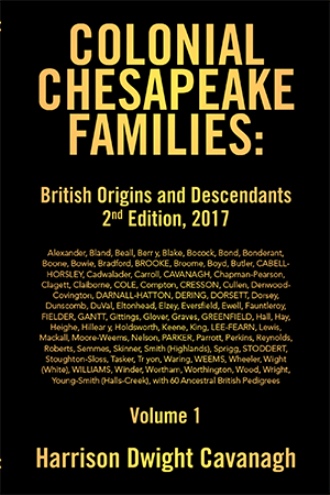 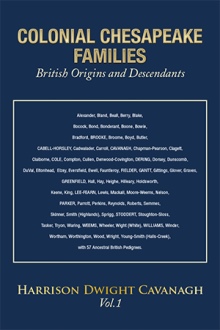 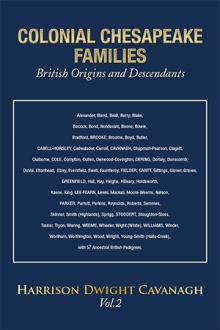 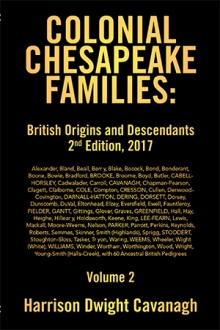 The first edition was awarded the Sumner A. Parker Prize by the Maryland Historical Society in 2014.

In addition, this second edition contains important new research findings on the British origins of the Hatton-Domville and Brooke-Darnall families, as well as revealing the two “lost” Ann Bradfords of Prince George’s County.

The publication of these volumes has been subsidized to make them more widely available to the thousands of descendants listed in their pages. And thanks to print on demand, Colonial Chesapeake Families will never go out of print.

Harrison Dwight Cavanagh, M.D., attended MIT and went on to complete his A.B. and M.D. degrees at Johns Hopkins University, and Ph.D. at Harvard University. During a career spanning more than 46 years as an eye surgeon, visual scientist, and educator, Dr. Cavanagh has served on the medical faculties of Harvard, Johns Hopkins, Emory, Georgetown, and the University of Texas Southwestern Medical Center. He currently lives with his wife Lynn Gantt Cavanagh in Dallas, Texas, and Hilton Head Island, South Carolina. Dr. Cavanagh has a lifelong interest in colonial history, genealogy, poetry, philosophy, Japanese culture, and Zen.