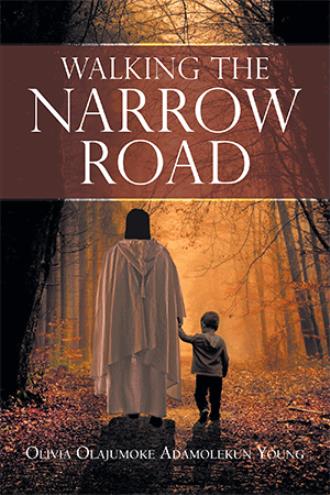 God’s plan was to send Jesus, “the seed of the woman” promised in Genesis, to this earth in order to bruise the head of the Serpent. And at the fullness of time, Jesus Christ willingly gave up His unique position in heaven to come to earth to die for sinners too powerless to save ourselves. He took slaps, insults, spits and beatings and all indignities from sinners in order to accomplish this great salvation for us. He was nailed to the cross, died, was buried and rose from the dead on the third day. And before He gave up His last breath, He declared: “It is finished!” Those three words released all human beings who will accept His sacrifice of love, from bondage to Satan, forever. The curtain in the temple at Jerusalem that separated the holy place from the holy of holies rent in two from top to bottom after His death. This symbolized how His death opened for us direct access to God, the Father. No longer do we need a High Priest to go into the holy of holies **to offer the blood of bulls and goats that can only cover sins for a year. Jesus’ blood shed once and for all has obliterated our sins forever. He is now our Great High Priest in heaven where He offered His blood at God’s mercy seat. The Father was pleased with His perfect work for us and accepted His sacrifice. No wonder John the Baptist introduced the Lord as: “Behold the Lamb of God that takes away the sin of the world.” If you have believed in Christ’s work at Calvary and received Him into your life, confess Him with your mouth, tell people about how your sins are forgiven and who you have become in Christ. Faith in God and in the work of His Son for you is what determines your salvation.

OLIVIA OLAJUMOKE ADAMOLEKIN YOUNG is currently a Sunday School Teacher at the Braeswood Assemblies of God Church in Houston Texas. She was born, baptized and confirmed in the Anglican Church where her father, High Chief N.K Adamolekun, then Maiyegun of Akure, and her grandfather, Chief Joshua Adamolekun, the Otun Ijo of St. David’s church, Iju, were ardent worshippers. But because of her travels to African nations, Europe, Canada and the United States, she has had to worship in other churches. Now, wherever, the Lord is loved and honored is home church to her. Gifted to teach and passionate in this calling, she became a student of the word of God after giving her life to Christ at age 21, during a crusade at her alma mater -- the university of Ibadan, Nigeria, in 1971. Then she took Sundays off to go with the school visitation team in order to preach to secondary school children in the Ibadan/Oyo environs. After graduation with a Bachelor’s in Agricultural Economics from Ibadan, she went with her church to participate in a crusade in Nairobi, Kenya. Years later, the Lord opened the way to study and work in the United States where during her Master’s program at the Oklahoma State University, in Stillwater, Oklahoma (O.S.U), she ministered the word in song at the Stillwater Assemblies of God Church on Sundays. She obtained the M.S. degree from O.S.U in 1979. Then, the Lord again opened the door to work and live in New Haven, Connecticut, where she worked as a substitute teacher and taught the word of God after work hours. She lived there until 1992 when she moved to Houston, Texas, for another job opportunity in giving care to the elderly. She has been living and working in Houston ever since. She is now retired from teaching school and health care giving -- the dual jobs she held during her work years. She now teaches Sunday school classes, enjoys writing, playing the piano and playing table tennis. She lives with her family in Houston.