Class of the Dead 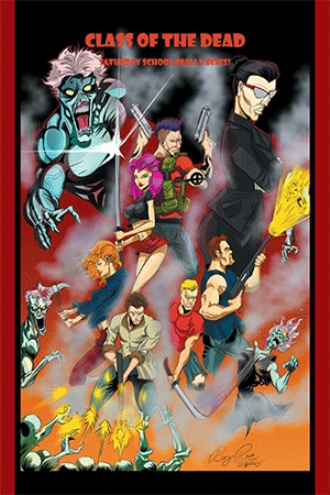 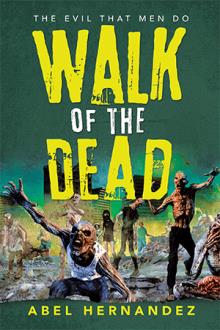 Adrian wakes up one day, hungover as hell and late for work. On the way, he doesn’t notice the strange things happening around him until it almost bites him in the face . . . He finds himself trapped in a school with the bad kids in detention and coworkers that don’t trust him. But he tries and tries to do what’s right and keep people alive until help arrives or at least let them live as long as they possibly can. So the rogue, would-be punker hero faces forbidden love, jealousy, struggle for power, zombies, motocross riders, hidden psychos, and a struggle to hold on to what society was, not seeing the evil it held and the possibility of creating a new way of life.

My name is Abel Hernandez. I was born on July 5th, 1974 in Fontana, CA. I am the 2nd oldest of 5 children from my mother Monica Solorzano. I have 3 brothers and 1 sister. Currently, I am a single father of 3 amazing boys. My oldest is David Hernandez and he’s 18 and a senior In High School. I also have twin boys that are 8 years old. I was married once to my twins’ mom but I’m currently divorced. I was raised by my grandparents Natie and Edward Cardenas and didn’t know I had a father till I was in 5th grade. Not having a father growing up taught me how to be a better father to my boys. I’ve always had 50/50 custody of them and I make sure that I am active in every aspect of their lives. Throughout my life, I found that I was naturally good at just about everything I did. A “Jack of all trades,” if you will. In high school, my friend Brian Pierce introduced me to comic books. The X-Men specifically, and I have been hooked ever since. Shortly after that I started drawing and creating my own super heroes and writing short stories for them. In my early 20’s a was a big dare devil. I liked danger. Cliff jumping, sky diving, bungee jumping. Anything that got my adrenalin going. In my late 20’s, I met some people that played in a local band called The Irritations. I quickly found that I was a natural at playing bass guitar. Within a few months, I bought a bass guitar and taught myself how to play. In less than a year, I was writing my own songs and I created a band called Black Dragon. During my musical career, I played in 5 different bands, recorded 7 different albums, and played in every major club and “hole in the wall” bar from Los Angeles to Indio. From Hemet to Barstow. Even clubs in Las Vegas. We did interviews and were played on college radio, internet radio and on “Dream’s World Wide Television” show in Los Angeles. I’ve had the opportunity to open for some of my favorite bands I used to listen to growing up. Bands like Quiet Riot, Marky Ramone of the Ramones… Even an all-star, 80’s band that included Steven Adler form Gun N Roses and members of Cinderella and Dokken. Once my kids were born, I gave up the rock star life and focused on being super daddy for my boys. They are my life! My life has always been an uphill battle and I’ve had more bad times than I care to remember. But I’ve always push forward and searched for as much knowledge as I could fill my mind with. Even though my current profession is a simple one, it pays the bills, provides for my kids and allows me my current hobbies. Riding quads and traps shooting tournaments. I also write, direct and produce short videos for my YouTube channel and the videos are scenes from the chapters of my book. While doing that, and writing this story, people keep asking me, “Why am I doing this? What do I wanna get outta it? Am I trying to get rich?” People have been asking me this about all the ventures I’ve done in my life. Drawing comics, writing and preforming music. Like my other projects throughout my life, I tell them the same thing… “I’m just having fun!”