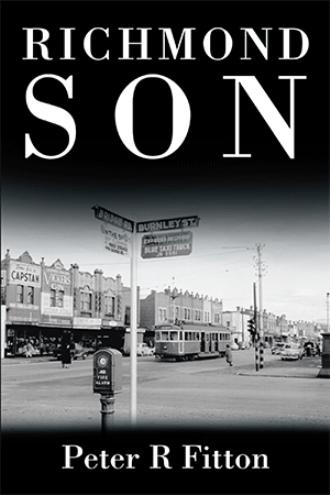 Harsh Lessons The Catholic education system embodied a different set of precepts to those of the State School system. It was much more rigid. Self-expression was not encouraged. I cannot recall any children being encouraged to display talent. We did not have plays or enjoy dress-ups. We didn't have painting or art lessons. Not that there was any lack of talented pupils. One girl, who displayed a quiet maturity beyond her years, whose ability to give the correct answers placed her on a podium far above the rest of us was managed quietly by the nuns and never made to appear the stand-out that she obviously was. She sat in one of the front row desks. At age seven, Myrta was the only girl I ever noticed who raised her hand when the nun asked if any of the girls would like to join the Order. Class teaching was without humor. Lessons were taught seriously in a very matter-of-fact way. Nuns were simply not happy, smiling people. Perhaps that's a feature which lay at the core of our education. Being a nun was a serious business. The decision by any person to enter a life of self-denial and spiritual devotion within a religious order was not something taken light heartedly. It had been the act of a serious person and once living within their narrow, and to some degree, isolated social system, the world beyond their gates must have taken on an alarming appearance. I can only wonder what their parents and family must have thought when a daughter left home to join an order of nuns. The role of this religious order had been to bring education and spiritual awareness to the children in their care. With only so much time, scarce financial resources and under overcrowded conditions, the nuns had little choice but to remain firm. There was a big boy in my class who was best to avoid. Ray would push others around and was generally loud. On this day his behavior got him into trouble. The nun was to give him the strap. He had been naughty and had been warned a couple of times throughout the day. Called to the front of the class, he had to extend the palms of his hands to receive his punishment. The nun was fuming when she reached for her strap. I can still picture Ray standing there, his arm outstretched. Up went the nun's arm, then down it came bearing the strap. In the wink of an eye Ray pulled his hand away. The strap failed to connect. The tone of her voice said it all. It was venomous. She demanded he extend his hand again. Once more, she swung her arm up with the leather strap in hand. This time the strap whooshed down and connected with Ray's hand. As soon as we heard it connect, he let out a loud shriek, followed by an outburst of swearing and threats. All this from a boy about eight years old. The reason for his greater age was that our class was actually a combined second and third grade. The one teacher had both classes in a single room. We all sat agog as Ray continued with his tirade. Upon hearing his language and threats the nun let fly with the strap around his legs. Ray did not stand still to receive her continued assault. He made for the classroom door with the nun in pursuit. As he went through the door he could be heard yelling abuse at her. He was beyond caring and his emotions had taken over. Even when the nun closed the door we could still hear Ray screaming his intentions from outside. He was going to tell his mother and father what the nun had done to him. “They'd all know how horrible the nuns were.” The following day as class was in session, we were disturbed by a knock at the classroom door. The direction the class faced, placed the door behind everyone. Only the nun had seen the arrival of the visitors. She walked to the door. Outside was Ray with his mother. She'd brought him back. There was no closing the door to give mother and son any privacy. All the children in class were aware of the conversation. Ray's mother wanted him to rejoin the class. There was no apology from the nun, or any back-down when the conversation mentioned the use of the strap. Mother and son were told that if the education being provided at St James was not to their liking, Ray could attend the State School. However, if his parents wanted Ray to come back to class, Ray had to apologise to the nun and the class right then and there. This he did and all the children could hear his apology very clearly. Ray then re-entered class and resumed his seat as if nothing had ever happened. His mother disappeared and nothing was mentioned of the incident again.

Richmond Son is a snapshot of the life and times of a boy during the 1950s. He lives in Richmond, an old and tired suburb on the doorstep of Melbourne. Peter attends St James, North Richmond, a Catholic primary school were the pupils are taught by nuns. It’s struggling under the pressures of a burgeoning student population, the effects of the post war immigration boom and the baby boomers. There’s no government funding and few new nuns. A sense of antagonism is swirling just below the surface as Catholics continue to battle under the gaze of an indifferent Protestant majority. But unforeseen changes are about to occur which will ultimately transform this situation. Peter’s parents were strugglers. Like many of that time, they had been faced by a future without opportunity. First there had been the social, political and educational abyss of the 1930s depression, where adult unemployment reached 30%. Then the war arrived, which led to conscription for my father and factory work for my mother. When war’s end finally came, a whole generation would look back upon a fifteen year period that had been laced with fear and despair. By the middle 1950s, our splendid city of Melbourne was on the cusp of great change. The Olympic Games were about to transform it and so was black and white television. Millions of new migrants would complete the transformation. Peter reflects upon how it used to be, seen through the eyes of a boy just eight years old.

Peter R Fitton is a proud Melbournian. He received his primary education from Nuns at St James, North Richmond, an experience for which he will always feel grateful. He is married, with three children and a number of grandchildren. Richmond Son is Peter's second book, the first being the wartime biography Never Been Hit. He lives quietly on Melbourne's Mornington Peninsula.