Everything Starts with Life 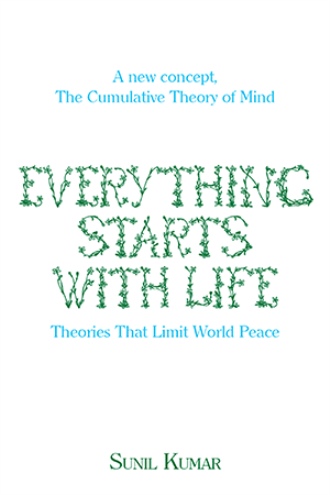 The life of the humans is full of complications and the complications are not only natural but many of the complications are self created also. The natural complications affect the humans in the same manner as they affect the animals surrounding us. This means during the early days our ancestors were living the same quality of life as today we observe the life of animals in present scenario. We, as human were in position to change our living standards because we have two distinct qualities viz. (i) tongue (ii) our hands can touch all parts of our body. We observe that even the stray animals, the birds and water habitants have the fear of death. The food is very limited for these living things. Their life is in danger and no one among them knows what is going to happen next. Their only motive which they keep in priority is the food and every other need is secondary for them. The main concern here is that the same kind of process has been followed by the humans, say around 50,000 years ago. Before the settlement of societies the humans were fighting with each other for food and slowly but gradually the human started distinguishing himself from the other animals. Why only humans were able to distinguish him from others? It is not that he was different from the beginning of existence; instead he was going to do something different in future which the other animals could not do it. The other animals are not in such position also. This is the effect of non-repeatability of the thing, that is, there can be no repetition of anything. Anything can be done again but nothing can be repeated due to loss in time. There will always be one or other evidence of non repeatability. So, there could never have been possibility of existence of any other animal equivalent to humans. This is so because mathematically probability values have to be fixed and the same chance is not provided for a thing to happen due to the Limitation of irreversibility. The thing may be the living or non living, physical or not, anything in this Universe is never repeated. So, the species is different, if the time of evolution is changed. Means all species are same, if and only if, their time of evolution is not changed. This is the concept of non-repeatability. Thus whenever there is change in time of a thing the execution of a thing again will have the tendency to leave its traceability leading to the facility availed for second chance. But, the nature has absolute laws that do not vary with time and thus natural existence of a thing doesn't get another chance for correction. This is the unique feature of the Universe. Making more convenient, it implies that all humans were evolved at same time well from the beginning of humans. No society is such that their evolution had been from the different with respect to time. That's why the development of all the organs of the humans, their feature and their diseases are almost same at every place. The number of bones, all methods of sleeping, eating, senses etc everything is equivalent among humans.. The other main effect of the repeatability is that nowhere in the Universe the human type of species could be found because their evolution time might be different from that of ours evolution time which may be considered as the beginning of existence of humans. So, the people must not dream of finding other place where humans are available in Universe. The life may be. Up to this we have considered the aspect which is beyond the reach of the humans. We may assume it as truth but possibility of proving it is negligible as we cannot create such condition so that the evolution can be witnessed. We will further elaborate the process which are either happening after the humans came to consciousness of such concept or for the processes which are being carried by the humans themselves. Here we may further confer about the repeatability of the things under human controlled systems. The basic things that the humans are controlling nowadays are Food, Clothes, dwelling, educational and machinery. Though the controls are there but there is limited control and one more limitation under this limitation is the limitation of repeatability. The Actors looks very attractive in the movie because he retakes his acts before finalization of a scene and that too it depends on the directors and the producers; if they (producers and directors) are satisfied with the performance or not, early are later. When we watch the movie we ignore the process of retake from our mind. So, suppose someone is told to watch the movie with retakes, no one would like it. Means the real life do not like the retake or repetition of a thing. However, we do want that the things should be at their best in every property. If something is put in the form of state that the repetition can take place, then the repetition would not be tolerable in normal conditions. Thus, the real life do not allow retake. There is no retake in real life. Only actors retake an act. While performing an act for money on the directions of the directors or producers the actors have to take retake and most of the time they are doing unwillingly. Even the thoughts do not repeat same in absolute. The thoughts of two persons watching the same movie would also never be same. Thus even the thoughts are also not repeatable. One may be affected by the thoughts of the other but his thinking would be different and unique. 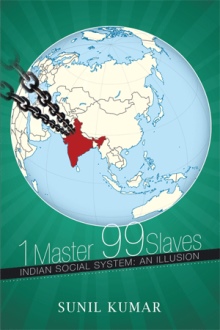 This book is based on probabilities that can be variable from 0 to 1. This means that the probability of any event mentioned in this book is nil to 100 percent surety. Thus, the people have to accept it as a possibility, and the proof may not be available but can be found by own. Also, in such a case, the person loses the right to question about facts. It is not necessary that everyone loses a life while driving a motorcycle without helmet, even on busy road. If a person is poor, it doesn’t mean that he will be good for all. If someone is discriminated against, it doesn’t ensure that he will not be biased. If woman is a mother, it doesn’t mean she cannot betray. A person may be follower of a holy religion, but he may not think of himself as equal among all. My eyes can see everything in noon, Instead they failed to watch the sun. Lest, they see nothing in dark Yet can watch darkness whole night. I donated for them Those have never been seen. As I hated to care for them, Even they needed me so keen. Though I tried to prey on others’ peace in whole. During death time I prayed for tranquility of my soul. Being true and correct is not an easy task. A person is bound to live a double standard life—one for himself, which is sometime unknown to him, and the second is for others, where he pretends while he is revealed without his acknowledgement. This leads to the disturbance of peace among the individuals, and this resonates through their whole lives. This book reveals the reasons that limit the people to accomplish peace.

When the author was a child, due to lack of concept of reality he used to think that why everything does not happen in the manner that he’d imagine. When he crossed the minority age, he understood that something may happen according to one’s imagination but not everything. As a man he learned to think in limit equal to that which can happen. Now whatever he think it can be accomplished by him.