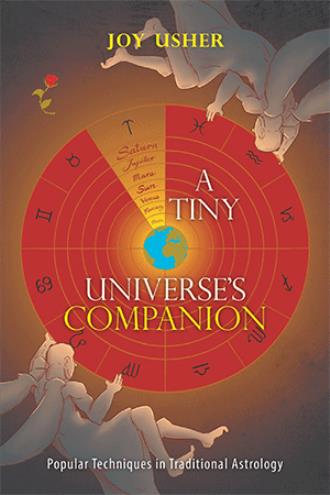 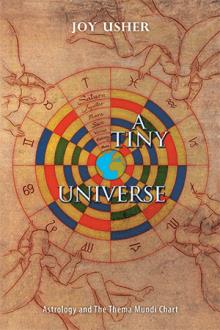 A Tiny Universe's Companion accompanies A Tiny Universe, a textbook on astrology which is based on one version of the Birth-Chart of the Universe known as Thema Mundi.

Companion expands on the fi rst book by exploring a number of techniques which were refined by astrologers several centuries ago, but have since lost their significance in modern times. Practices such as the division between day and night which creates the accidental dignity of Planetary Sect, and the forgotten rule of Contention (munakara) which warns of the danger of crossing boundaries, are both reminders of the impact of Sect on the seven original planets.

A first century predictive system originating in Persia called Firdaria has been re-introduced in the past few years and is once more gaining in popularity. Firdaria relies heavily on the principles of Sect to direct the individual's lifespan via different planetary periods along with the sequencing of planets according to the Chaldean Order. This method is examined in detail in the final chapters of

Planets' rulership over the twelve houses is a cornerstone of traditional astrology's chart interpretation and a ruling planet's condition determines its success or failure in managing the aff airs of its house. Issues such as mediocre quality, troublesome relationships, poor placement, or lack of sight (aversion) suggest stress for the planet and indicate difficult repercussions in the areas of life for which the ruling planet is responsible. Patterns which normally lie unseen or dormant within the chart become animated through rulership, and with the reintroduction of lost models, the chart, and life on Earth once more become reflections of the larger Universe.