Moving With Pleasure From The Beginning

The importance of observation in early childhood 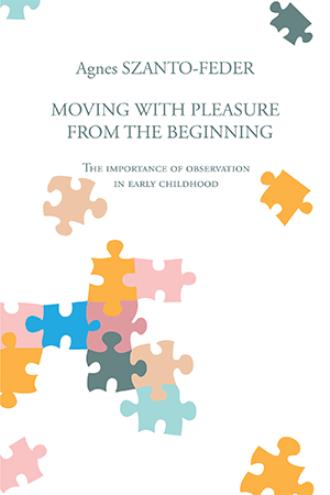 1.2.4 What about empathy? Some values that relate to us adults in our everyday life: 1. / It feels good to move (at least for most of us); adults like being active, although each in their own way, in accordance with their own taste, mood, current shape and age. 2. / Nobody likes being clumsy. 3. / Before acting we carefully try to make sure there will be no danger. 4. / And finally: we only act when we are balanced (mostly without even being aware of it); more precisely: we simply cannot act if we are not or do not feel we are balanced. So how does all this look like in the case of children? 1. / When a young child is happy and satisfied, and has the opportunity, they move almost constantly during their waking hours! This is only possible if they are not “put in stocks”, not confined to a seat; if their clothing does not restrict the free movement of their limbs; if they have enough space… If they have the opportunity to do what they want, they will be active in their own way, in accordance with their taste, mood, current shape and age. 2. / Clumsiness, as opposed to the general concept, does not necessarily go hand in hand with early childhood. If a child has had the opportunity to “freely” experience a new movement or motion (stemming from their own initiative), albeit hesitating and blundering at first, a while later they will do the same thing naturally and skillfully. (Unfortunately, however, this is not completely true if infants are placed on their tummies from birth.) 3. / Prudence characterizes a young child’s movement if they were only able to execute movements stemming from their own initiative. And they alone decide which are the movements that are appropriate for them. 4. / Finally, the issue of balance: again there is no difference between an adult and a child in principle. A child is also unable to really act, manipulate or experiment if they do not feel safe and balanced. Yet this is only possible if they are allowed to choose their own position. This is because every stage of motor development is characterized by various specific states of balance established in different bodily positions. (See more details on this issue in chapter 4.2.) That would be empathy that the “values” mentioned in the case of adults be applied for young children as well. This needs to be implemented with great care though as children require different circumstances than adults in order to let these values unfold.

It’s not many children who have had the privilege to say that he or she was a true Pikler baby. But Ágnes Szántó-Féder, was not only such a child, but also one who had an ongoing relationship – working and otherwise - with the celebrated pediatrician, Dr. Emmi Pikler (1902-1984). Indeed, Ágnes had been so profoundly affected by the woman who revolutionized infant and early childhood care that she, too, devoted her life’s work to the philosophy known as the Pikler® Pedagogical Approach. This book will allow the reader to see infants and young children through a lens of competence. Because of this singular approach, youngsters are not coerced or forced to be – or to become - anyone other than who they truly are. This, in a nutshell, is the core Piklerian philosophy, something that is so very simple yet also undeniably deep. Ágnes’s acute observational skills guide the reader to understand at a much greater level, what freedom and autonomy actually means for an infant. One of the author’s answers lies in the power of “balance; balance (in physical sense) of the infant in their self-initiated gross motor development, and balance in their caring and nurturing relationship with the adult who cares for them.” This jewel of a book should be required reading for any parent, policy maker, early childcare professional or any such person advocating for the health of young children around the world… Elsa Chahin President & CEO Pikler/Lóczy USA