The House on Harlandale 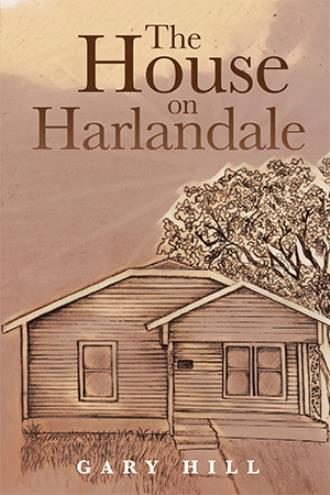 Martha Burrell Webster paced the floor puffing nervously on a Lucky Strike reduced to a mere butt. She was on her third pack of the day and it was only noon. Phil Carter, the private dick she had hired, spread his notes on the dining room table and began his report. "From the information I've been able to dig up, it looks like the outfit your husband works for, Rand Development Corporation, is a front company. Probably set up by the CIA. Somehow it's linked to their 'think tank,' Rand Corporation. The two outfits are supposed to be located right across the street from each other in New York City and both apparently hold big CIA contracts. The President, Harry Rand and one of the top company officials, George Bookbinder, are senior veterans of the OSS. That's what they used to call the CIA during the war. Also a Washington representative, Christopher Bird, is actually on the Central Intelligence payroll as an agent. Did your husband have to pass a strict security test to get his job?" "Yes he did. He has never talked much about his work. When I'd ask him he'd change the subject. I never thought much of it............until now, that is." "Well, it seems that when your husband announced his defection, Rand and Bookbinder were with him and the U.S. Consul Richard E. Snyder in Moscow." "Then they knew all the time! Those lying bastards!" Her composure gone, Martha sobbed gently. She tried to regain her composure as she lit up another LS. " I'm sorry, go on." "Maybe you had better sit down," Carter knew this wasn't going to be easy. But it was part of his job. He did it everyday, but he never got used to it or any better at it. "There may be another woman." Martha Webster's reaction was predictable. Her loss of self-control induced a momentary spasm. The cigarette became a missile. You could see it's trail, but no one was sure of it's destination. In the moments that ensued there was a mad scramble to find the projectile and prevent a fire. After she had regained her composure, Carter shared the sordid details of Webby's common-law relationship with a Soviet woman in Lenningrad. When he had finished she thanked him calmly and terminated his services. She knew all she cared to. Unable to move, she stared through the open window at the falling rain. What would she tell the children?

The House on Harlandale offers a historical scenario drawn on real people, real events, and the inevitable aftermath of conflicting ideologies. Like thousands of meteors racing to a point of collision, powerful forces fueled by Cold War paranoia came together in a small house in the Oak Cliff section of Dallas in November 1963. The result was the death of a president and a radical change in world politics. Diverse Cold War forces merged out of nationalistic ideology, lust for power, intolerance, hatred, and greed. Rogue US Intelligence operatives, Cuban patriots, Mafioso, and military hawks allied to a common goal. The government was stolen in a coup d’etat, using lies and fear to manipulate the masses into acceptance. This book is the story of how it may have all come together at the House on Harlandale.

Gary Hill is a retired teacher who has spent fifty years of his life researching the Cold War in general and the assassination of JFK specifically. He has appeared on talk shows, published articles, and given lectures on the topic. His substantial JFK library consists of hundreds of books, articles and pictures, and thousands of documents obtained from the CIA, FBI, the military, and NARA via the Freedom of Information Act. He has interviewed witnesses, and published articles in local newspapers and journals such as the Fourth Decade and JFK/Deep Politics Quarterly and local newspapers such as the Cranberry Journal and New Castle News. He was a charter member of the Citizens for the Truth of the Kennedy Assassination, the Cyril Wecht Coalition on Political Assassinations (now CAPA), and JFK Lancer. He has appeared on talk shows, published articles, and given lectures and slide presentations on the topic. He is listed in the Master Researcher Directory. Mr. Hill is also the author of The Other Oswald: A Wilderness of Mirrors (TrineDay, 2020).