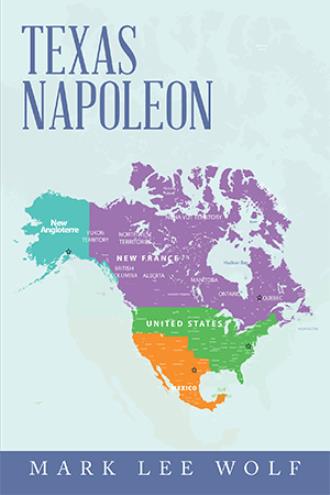 “Hello General La Fong. My name is General Jaime Gonzalez, from America. I thought I’d call and tell you what’s going on. You see, I live down here at Fort Willie Nelson in San Antonio, Texas. And I’d like to ski, but we have no snow down here in Texas, so I thought I’d come by and borrow some of yours. I mean you have a lot of snow up there in Canada, and I figured you wouldn’t miss it if I took some.” “What are you, crazy? You trying to start a war or something?” said General La Fong. “Funny you should use that phrase – ‘Trying to start a war!’ - because, well, I was thinking about it. Trying to start a war. Not a big war, mind you, more of a little war. You know the kinds of wars that old German Chancellor Otto von Bismarck used to start in Europe when he was building the German Empire in Europe in the late 1800s. And I figured you might want in on it.” “What are you talking about?” “Well, I figured that my army down here in Texas is about 85 percent Hispanic and the population down here in Texas, California, New Mexico, Arizona, Utah, Colorado and Nevada are at least 50 percent Hispanic and we could conquer these states and give them back to Mexico. Then I could become Mexican Governor of these states and we, that is the Hispanic population of these states, could push the Anglos out.” “OK. Sounds good. Where do I come in?” said General Charles La Fong. “Ah, good. So you’re interested. Well, fellow Latin brother, I figured that you and I, I mean, We, Latin Brothers, could collude, conspire, I mean we could cooperate, and push the Anglos into Alaska. My Latin Mexican – American Army could push the Anglos out of America and you with your Latin French – Canadian Army could push the Anglos out of Canada and into Alaska. And we Latin Brothers could rule all the western hemisphere. Eh? Eh? What do you think? You want in?” “You are obviously crazy, out of your mind. But you know, it just might work. Of course, I’d have to convince my troops.” “I have just the book to help you do that. It was written by a loudmouth Bohemian Corporal.” “Mein Kampf by Hitler” “Bingo! You got it. So you’re in?” “Ah, sure. What the hell. I mean these idiot civilians give us all these weapons and then won’t let us use them. They must know we’re gonna use them eventually. I mean, look at European military history. Napoleon, Bismarck, World War I, World War II. Why should we let the European generals have all the fun.” “Yeah we French Canadians are still steamed about losing New France to the British in the Seven Years War of 1753-1760.” “Great! Wonderful! Let me mail the book “Mein Kampf” to you and a copy of the movie “Triumph of the Will”, by Leni Riefenstahl about a Hitler rally in 1934 in Nuremberg, Germany. That should give you some ideas. That should convince your troops. I mean most voters are morons anyway. Every 40 years some asshole uses the same old bullshit argument. Mussolini, Hitler, Huey Long, George Wallace, Donald Trump. And everybody in America acts like they’ve never heard it before. This is what happens when you sleep through history class. Well, it’s been over 40 years since George Wallace last ran for president, so I figure America’s stupid and ripe for the plucking again. We’re free and clear to try this hateful Fascist ideology again. They’ll never see it coming. We can take them by surprise.” “Yeah, stir up fear and race hatred, target a politically weak population, make them scapegoats for all your problems, demonize them as subhuman, pretend you’re surrounded by enemies ready to attack, say you’re being screwed by a hateful treaty. It’s simple. A child could do it. And the idiot North American peoples fall for it over and over and over again. They never learn. 60 million people died in World War II fighting Fascism and the American and Canadian peoples haven’t learned a fucking thing.” “Those who do not learn history are doomed to repeat it.” – George Santayana. The Europeans know their history. They learned. The Germans learned. Do you really think Donald Trump could pull this bullshit in Germany? They’d lock him up. Have the Mexican - Americans learned? Nope. Have the French - Canadians learned? I don’t know.” “I don’t know either. Let’s try your plan and see.” “If God did not want them to be shorn, then why did he make them sheep?” The movie “Guns of the Magnificent 7” - Yul Bryner and Eli Wallach. General Gonzalez laughed. “Never give a sucker an even break.” - W.C. Fields. General La Fong laughed. “Nations get the government they deserve. If Americans and Canadians are stupid and lazy and don’t read and learn from history and instead fall for this Fascist bullshit, then they deserve to live under a Fascist dictatorship. And they’ll have nobody to blame but themselves.” 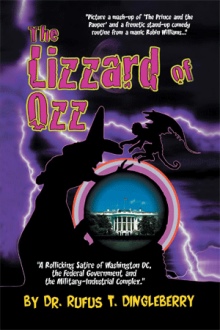 The book is a short, silly satire of the Military-Industrial Complex. A crazy Mexican-American general joins forces with a crazy French-Canadian general to refight the Mexican-American War between northern Mexico and America for control of southwest North America and the Seven Years War between the French and the English for control of Canada. The North American Anglos will be given all of Alaska. This idea is based on demographics, which ultimately controls everything. This could take place today or 40 years in the future when the demographics will be even more favorable for such an event.

Mark Lee Wolf worked for over 35 years in the vineyards of the Military-Industrial Complex as a technical writer. He left the DC area after accruing well over 50 parking tickets and now resides in Shmoolabe, TX. He prefers to remain anonymous so he can watch the zoo in peace. His first book was “The Lizzard of Ozz” by Dr. Rufus T. Dingleberry.