Growing Up in Mussolini’s Fascist Italy

The Story of Andrea Marcello Meloni 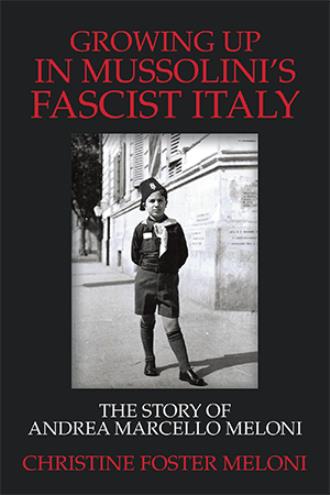 Sometimes anti-Fascist Italians put themselves in harm’s way unnecessarily. Andrea would occasionally become involved in situations that he could easily have avoided. He gives some examples. A Show of Disrespect for the Fascist Flag “One day I was walking with my friends along a street in the center of the city when a procession of Italian Fascists appeared along our route. In such circumstances it was obligatory for pedestrians to stop and salute the Fascist flag. We didn’t feel like doing it and so we turned our backs, pretending to look in the shop windows. Unfortunately, the captain of the squad had noticed us and he began running toward us, shouting in a very threatening voice. At this point we thought it wise to run because, if we had been caught, not only would we have been tortured but also we would either have been sent to a concentration camp in Germany or have been forced to join the ranks of the Italian Fascists. Fortunately, we managed to escape.” Risky Attendance at a secret mass “A few days after this terrifying race to safety, I found myself involved in an episode that gives a clear idea of how divided the country was. On 23 April 1944 students from all of the schools in Rome participated in a mass in memory of the 335 victims of the Fosse Ardeatine (Ardeatine Caves Massacre) who were shot by the Germans in retaliation for the deaths of 33 of their soldiers after an attack that took place on March 23 in Via Rasella, in the center of Rome.” The Germans had a policy to kill ten Italians for each German soldier killed. “The mass was held in secret in the Basilica of Santa Maria Maggiore. At the end of the mass we left the church in small groups so that we would not attract attention and raise suspicion. When my group was walking away from the church, a Little Republican soldier happened to be passing by. He stopped to ask us what we were doing there, why we were not in school. It turned out to be very unfortunate for him that he stopped us.” “We were quite startled when we saw him approaching us and we were also very afraid. With some hesitation, we plucked up our courage and told him that it was our business and that he should leave us alone. Some other students, who were older than we were, perhaps university students, saw what was happening and began to come closer in order to help us. When the soldier noticed them, he suddenly realized that he was alone and he felt threatened. So he began to run away in the direction of the train station. We all began to chase him. After being chased for a few blocks, he stopped and turned around with his back against the wall of a building. When he saw that he had been overtaken, he tried to pull out his pistol. Before he could do so, however, several shots were fired at him from the midst of the crowd of students. When he was hit, he fell to the ground onto the sidewalk.” “I never found out whether he survived. None of us waited to find out. We all scattered in every direction in great haste and, a few minutes later, when we were far away and out of danger, we began to hear the sirens of ambulances and police cars.” “This was the situation and we young people, for the first time in our brief existence, began to feel like actors and not spectators. We wanted to write, with our actions, that part of history that would have redeemed us after having been tricked for so many years by an illusionist, i.e. Mussolini. This experience taught me to love freedom, especially freedom of thought and of the word, and to hate every kind of oppression.” 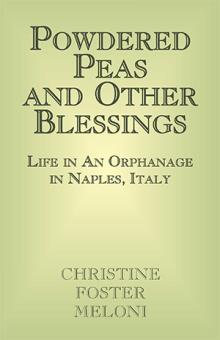 Andrea Meloni was born in Year VI (1928) of the Fascist Era in Italy. In his memoir he tells stories about growing up in Mussolini’s Italy. In elementary school he delighted in being a little fascist, participating in military drills in his schoolyard and the streets of Rome. As a teenager he gradually became disillusioned with fascism as Mussolini led Italy into World War II on the side of Germany and eventually fell from power when the Allies began their invasion of Italy. He describes the first years of his life living in extreme poverty in the village of Acuto (Frosinone), his move to Rome at age five, the years under Mussolini followed by the terrors of the German occupation of Rome and the dangerous civil war between fascists and partisans, and finally the overwhelming post-war devastation.

Christine Foster Meloni fell in love with Italy while studying Latin in high school. She went on to earn degrees in Italian Language and Literature at Wells College (B.A.) and the University of Florence (M.A.), in Pedagogia at the University of Rome (M.A.), in Linguistics at American University (M.A.), and a doctorate in International Higher Education at George Washington University. After moving to Rome, she met and married Andrea Meloni and lived there for ten years, teaching English at the English School, Euroschool, and School for Translators and Interpreters. Returning to the U.S. with Andrea and their sons Adriano and Marcello, she taught English as a Foreign Language for 27 years at George Washington University where she is Professor Emerita. She is currently the Washington, DC correspondent for the national Norwegian American newspaper.