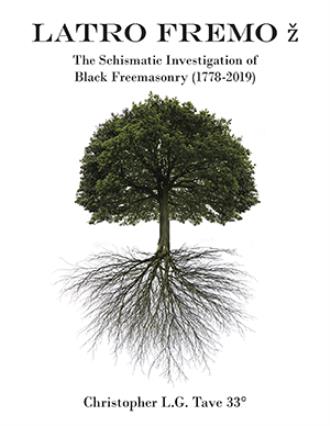 WHAT kind of book is LATRO FREMO ž? If you are a student of Historical Revisionism, then this book is for you. If you are someone who believes humanity has the tendency to manipulate facts to serve a particular self-serving ideology, then LATRO FREMO ž is your tome! Last, if you have ever been suspecting of the archetypical truisms of Prince Hall Freemasonry, then there is no question this is your publication. LATRO FREMO ž is not your typical chronicle or auld lang syne historiography of Prince Hall Freemasonry. In fact, this book is a contemporary, unbiased, divide-and-conquer algorithm of the history of Prince Hall Freemasonry in the viewpoint of a Black Freemason who is not a Prince Hall Freemason. As such, my attempt through LATRO FREMO ž is to share evidence of the proper history of Black Freemasonry. For decades, misinformation regarding the de facto composition of Prince Hall Freemasonry has been circulated throughout the Masonic community, the general public, and especially to myself, which needs to be addressed. Succinctly, the old narratives “JUST DON’T ADD UP!” “What is that?” I inquired. The Prince Hall Mason responded, “It means that you are not a legitimate mason!” A chill flowed through my entire body. I responded, “I have proof that my organization is legitimate!” He chuckled and said, “Oh you do?” He continued, “Let me get this right, you are black as well as your entire lodge, you claim to be A.F. & A.M. and your Grand Lodge is in Austin, TX and not Waco, TX?”As soon as he finished his remark, I responded with conviction, “That’s right!” He looked at me with raised eyebrows and laughed, “Okay, so tell me this, who is your father?” Immediately, I began to think his question was a trick so I responded, “Father? Grand Lodges don’t have Fathers!?” He rebutted, “Well, yours does. So, when you find out who he is, let me know and then we will have a real talk! You are still hoodwinked my brother!” After the conversation, even though I was confident in everything I had said, I couldn’t shake that last question he asked me about my father; “Father? That makes no sense. No one has ever told me nor have I read anything about a father!”